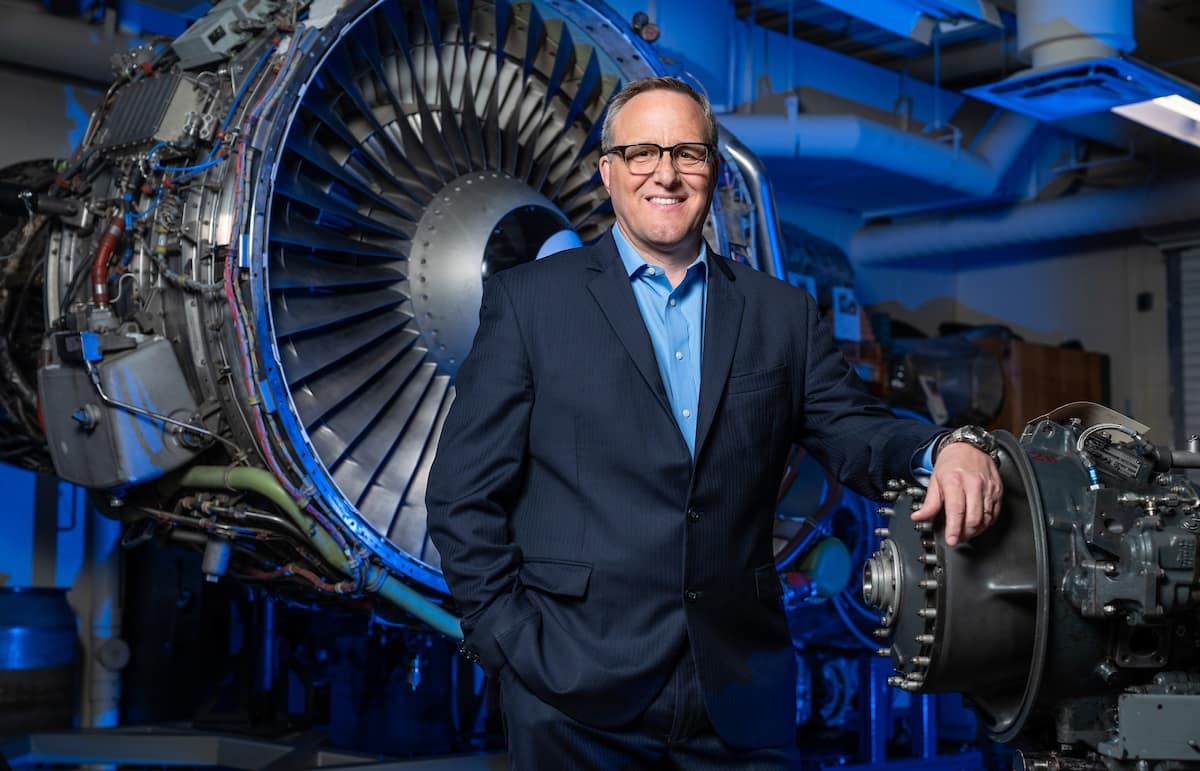 Despite the high demand for aviation maintenance technicians in the workplace, they have a “public perception problem” that needs remedying, Jones said.

“People tend to think of aircraft technicians as guys who like to work on cars,” said Jones, who also serves as an associate professor on the AMS faculty. “In fact, these are professionals -- men and women -- who increasingly work on extremely advanced technology. Aviation maintenance science professionals are executive decision makers.”

Jones points out that while the airline industry is booming, other opportunities also await trained aviation maintenance technicians.

“The space between 1,000 feet of altitude and 40,000 feet is where most aviation has flown. Now you have unmanned aircraft systems below 500 feet and rockets going into space and space tourism,” Jones said. “Who is going to maintain all of these technologies? It’s going to be us.”

Jones began his career as a structural technician in the U.S. Navy, supporting the National Science Foundation in Antarctica. The Navy flew ski-equipped LC-130s on search-and-rescue missions, and provided logistics for scientists working in the field. They also flew support personnel back and forth from McMurdo Station in Antarctica.

“I was on the technical operations side for that, but in Antarctica, you do what you have to do to get the plane up and out of there,” Jones said.

After leaving Southwest Airlines, he took a position at Lewis University, where he wrote the bachelor of science curriculum in Aviation and Aerospace Technology and was appointed co-chairman of the Aviation and Transportation Department.

When Jones was approached by Embry-Riddle, he said he jumped at the offer.

“Being in aviation, I knew Embry-Riddle was the best,” he said.

Embry-Riddle College of Aviation Dean Alan Stolzer said he is excited that Jones will be leading the AMS Department. "Eric has a long and rich background in the maintenance field at several airlines," Stolzer said. “Most importantly, he brings an exciting new vision to the department and is highly focused on program quality and growth. Eric has already became a valuable member of our College of Aviation team.”

Stolzer commended Associate Professor Chuck Horning, who has returned to faculty status following many years of outstanding service as chair of the Aviation Maintenance Science department.

When preparing to come to Embry-Riddle, Jones said that he was particularly impressed by the kind of preparation Embry-Riddle students get in AMS, allowing them to enter the industry and immediately start promising careers.

“The beauty of Embry-Riddle is that faculty train students to be turnkey technicians. Our graduates can walk into a place and say ‘carbon fiber lay-up,’ I’ve done it at Embry-Riddle,” Jones said. “If you want to translate your investment at Embry-Riddle into meaningful real-time money, there is no better department than AMS.”