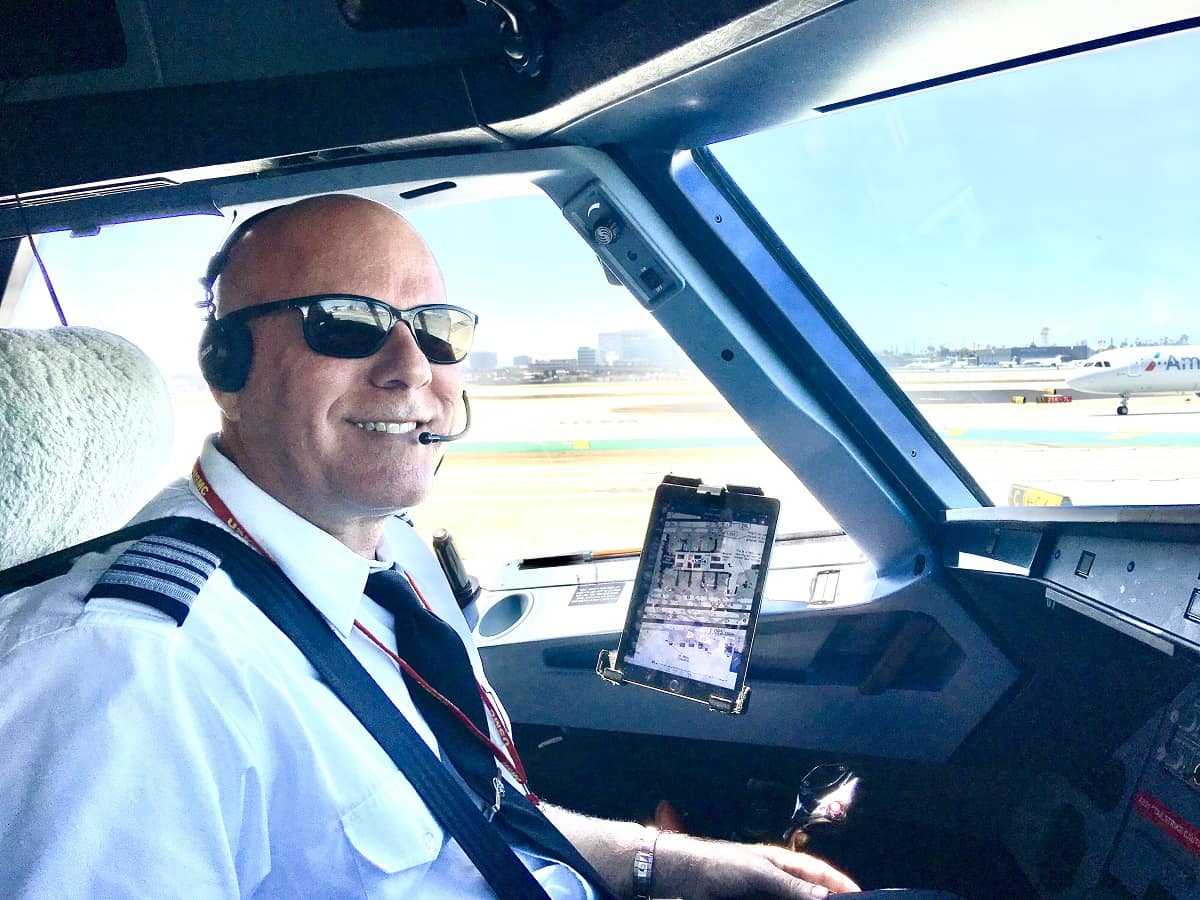 When it comes to safety data, quantity matters.

The more data researchers have at their disposal, the better they are able to spot patterns and identify variables that tend to correlate with incidents. For researchers, though — ones like Edwin Odisho, who recently graduated from the Ph.D. in Aviation program from the School of Graduate Studies, College of Aviation — data collection is just the beginning.

The next step is analysis, running the data through computers to identify the conditions that most often preempt unstable approaches: when an aircraft descends at an irregular angle or rate. The proper response for pilots in these situations is to perform a “go-around,” increasing altitude in order to circle back toward the runway and try again. Failing to do this can lead to runway excursions, loss of control or collisions with terrain. The International Air Transport Association (IATA) estimates that unstable approaches have contributed to 16 percent of aircraft accidents worldwide.

Additionally, studies show that 3-5 percent of all air carrier approaches are unstable and, of those, only 3-4 percent result in rejected landings. Even when an unstable approach is recognized and a go-around is initiated, though, time and fuel is spent in the process — an “investment in safety,” according to Odisho.

A solution may exist in big data, though: a theory Odisho expounded upon alongside Dr. Robert Joslin, associate professor in Embry-Riddle’s Worldwide Campus College of Aeronautics (and the first graduate of Embry-Riddle’s Ph.D. in Aviation program), in a recent Royal Aeronautical Society article.

Once the most common conditions contributing to unstable approaches are highlighted through data analysis, those factors become predictive and can be seen as red flags to pilots. To researchers, this is the first step toward progress.

“The findings can then be used to develop simulator scenarios and training tailored to a specific air carrier,” said Joslin.

Formerly the Federal Aviation Administration’s (FAA) chief scientific and technical advisor for flight deck technology, Joslin is no stranger to aircraft safety research. He has also served as a test pilot for the FAA and military, was a colonel in the U.S. Marine Corps and sat on the Doctoral Dissertation Committee for Odisho’s dissertation, titled “Predicting Pilot Misperception of Runway Excursion Risk through Machine Learning Algorithms of Recorded Flight Data.”

Odisho — also a captain for American Airlines — successfully defended that dissertation in February and will participate in commencement later this year, at Embry-Riddle’s Daytona Beach Campus.

“I’ve been flying full-time and have a family and have been going to school full-time. It’s been a lot of work, but it’s certainly all worth it now,” he said.

Recent developments in machine learning have offered aviation researchers new, highly sophisticated tools for analyzing large volumes of data. For Odisho, this creates a unique opportunity for academic partnerships with airlines, in which evidence-based training can complement traditional instruction to bolster pilot training and, ultimately, enhance safety throughout the industry.

‘Reach for your dreams’

Odisho’s path to his doctoral degree was not linear. The journey began nearly 40 years ago, in 1982, when he visited the Daytona Beach Campus with his father, dreaming to become pilot. A bachelor’s degree, master’s degree, an 11-year career in the Marine Corps and a 22-year career as an American Airlines captain later, he returned to Embry-Riddle — but this time, his dreams had changed shape.

“Flying around the national airspace system on a daily basis as a pilot, you get to see and experience federal aviation safety programs directly,” he said. “But I didn’t understand the scope and challenges for people who do those things for a living.”

He wanted to be one of those people, the ones developing and honing safety regulations, consulting on human factors-related issues for airlines, the Federal Aviation Administration (FAA) or the National Transportation Safety Board (NTSB), or teaching aviation safety to the next generation of industry professionals. That desire motivated him to pursue his PhD, and his full-time job as a pilot contributed a unique perspective to his studies that kept him energized.

“The more I learned, the more I wanted to learn,” he said. “It was fascinating to see that there was a venue for my passion, that it was possible to apply it to help other people. To be able to study aviation safety professionally was just an awesome, awesome experience.”

Juggling work, family life and a four-year doctoral program was never easy, though, but like he always tells his two daughters: Always have the “courage to reach for your dreams.”

“Everyone starts somewhere,” he said. “All my friends who are astronauts, they all started with dreams.”

Those dreams have now opened new doors for Odisho, who hopes to work in aviation safety as a professor or consultant after retirement from his career as a pilot.

“It makes for a powerful tool, to have the experience and the education,” he said. “It gives you the tools to really contribute.”