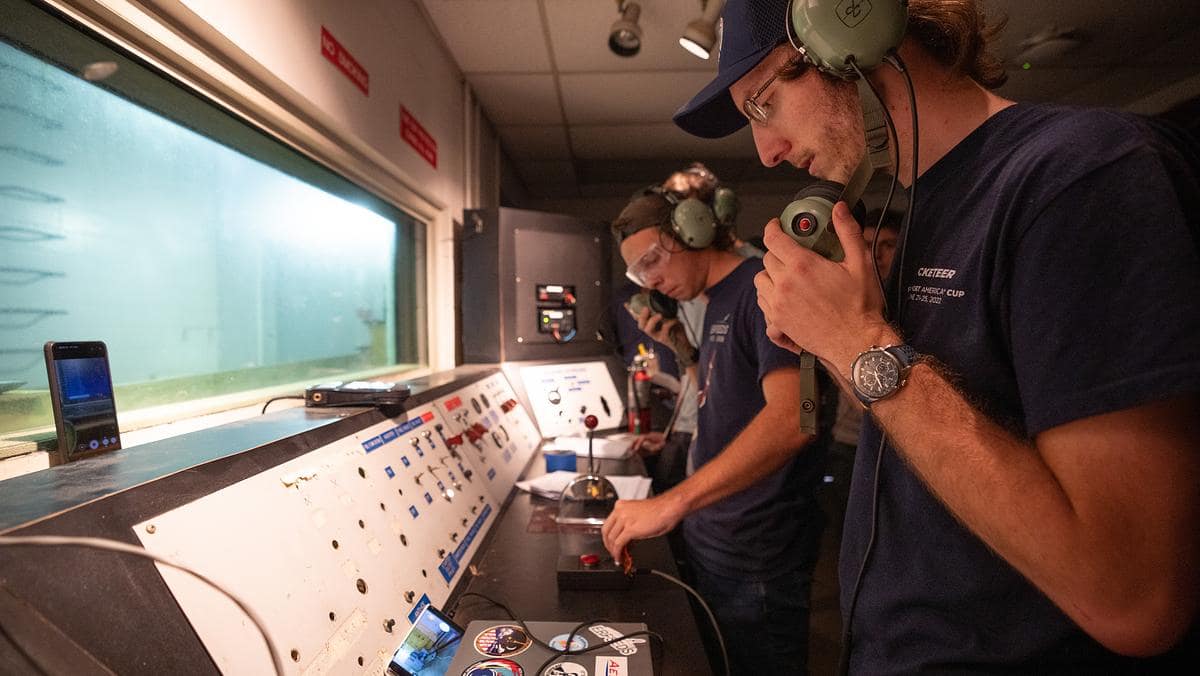 It was a moment 11 years in the making — back when the Project Prometheus initiative launched in 2011 with the goal of making functional solid rocket fuel at Embry-Riddle Aeronautical University — but the wait paid off last week when Engineering students successfully tested manmade fuel at the Daytona Beach Campus.

They bolted down their motor, counted down from five and pressed Fire. The jet stream of flames projecting from the back of their test motor marked their achievement, and its roar was followed by cheers from the research group.

“This is a rare opportunity that few people receive,” said Andy Blum, an Aerospace Engineering junior who serves as team lead on the project. “It takes a lot to design, manufacture and test a [solid rocket] motor.”

What began as one student’s senior design project in 2011 later evolved into an Embry-Riddle Future Space Explorers and Developers(“the Rocket Club”) team project. Leadership changed over the years, and in 2018, the project rebooted, Blum said. A new formula was made from synthetic rubber, aluminum powder and other ingredients found in high-power commercial fuels, new procedures were drawn up, and the team committed to a deeper analysis of the ingredients that make their fuel.

“When I started in 2021, we had to reboot again,” Blum added. “I really didn’t know much about the project, and we lost valuable knowledge and progress over the Covid-19 hiatus.” 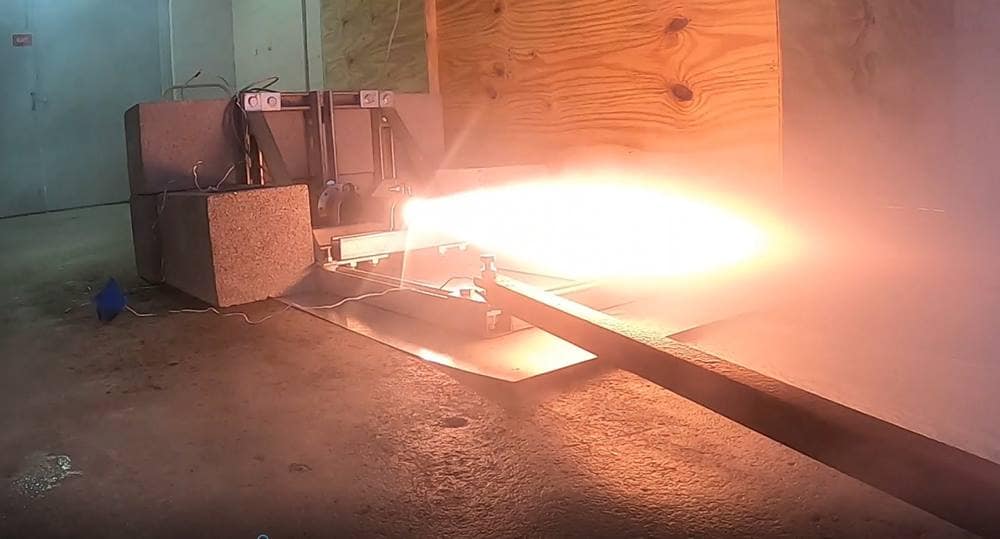 The booster firing from the back of this test motor served as confirmation that the team’s hard work had paid off. The fuel test was conducted in late September in the Aviation Maintenance Science testing facility on Embry-Riddle’s Daytona Beach Campus. (Photo: Andy Blum)

This year, however, Project Prometheus finally hit its stride. It formed a dedicated research sub-team that aimed to not only keep a more detailed record of the team’s research and development for future members but also to contribute meaningful data to the field through experiments, published research and tests like the one recently conducted.

“I’ve picked up a lot of technical knowledge, but the most important lessons have been in leadership, problem-solving, communication, attention to detail and attitude,” said Blum, who hopes to land a job in space exploration after he graduates. “Having been through a project as challenging as this one, I definitely feel prepared for challenges in my career.”

The team consists of around 20 members, ranging from freshmen to grad students, and it is advised by Aerospace Engineering professor Dr. Eric Royce Perrell.

“Next, tests will be done with progressively larger motors in order to assess scalability,” Perrell said. “Ultimately, the goal is to fly Rocket Club rockets on motors developed in-house.”

The Embry-Riddle Future Space Explorers and Developers plan to launch a rocket with a large Student Research and Development motor at the intercollegiate Rocket Engineering Competition, an annual event at Spaceport America, New Mexico, which attracts over 100 universities from around the globe.

Ultimately, though, Project Prometheus is less about competition than it is about preparation — preparing the next generation of space explorers for hands-on careers in the industry, and preparing them to conduct that work as safely as possible.

“I love to see my team members grow,” Blum said. “We’re constantly stumped with problems, and watching people learn how to think creatively or outside the box is pretty awesome.

“We’ve come a long way,” he added. “Embry-Riddle’s incredible Environmental Health and Safety Department, and its general aviation safety culture, both help prioritize progress while maintaining a safe environment for everyone.”