A student team representing all three campuses of Embry-Riddle Aeronautical University, as well as the Politecnico di Milano, a prestigious university in Italy, has designed a system to produce propellant out of resources extracted from Mars. Water would be extracted from subsurface ice pockets and carbon dioxide from the planet’s atmosphere in the team’s innovative design, which recently advanced to the finals of NASA’s Revolutionary Aerospace Systems Concepts — Academic Linkage (RASC-AL), to be held in June.

The 29-person team will compete against 14 other teams. Their project proposal was chosen among a field of 150 by NASA representatives and experts from Aerojet Rocketdyne, The Boeing Company, Cislunar Space Development Company, Northrop Grumman, Reliable Robotics and SpaceWorks.

“It’s always a tough selection process, but these teams rose above the rest in the proposal reviews,” said Christopher Jones, RASC-AL judge and aerospace engineer at NASA Langley. “We’re excited to see how these projects develop in the months leading up to June.”

The annual competition encourages student innovations that can be adopted for implementation by NASA.

“One very important aspect of this is that they’re looking for actual ideas to put into place in NASA missions,” said Dr. Davide Conte, assistant professor of Aerospace Engineering and one of the faculty advisors for the team, adding that the idea for NASA’s Lunar Gateway — a vehicle orbiting the moon that will provide support for a long-term human mission and a staging point for deep-space exploration — came from a RASC-AL competition. 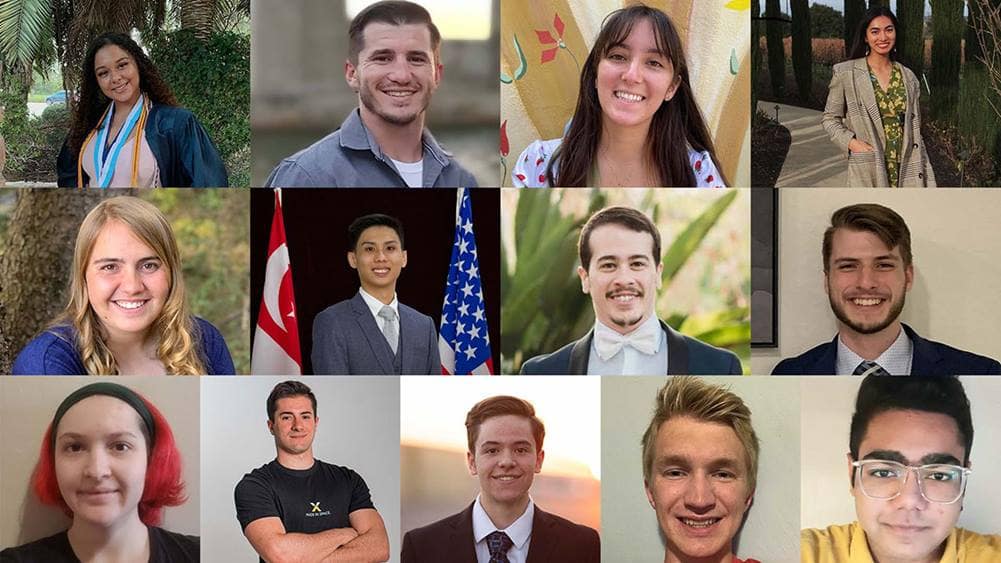 The Embry-Riddle students competing in the NASA event are collaborating with peers across the globe virtually, using platforms like Slack, Microsoft Teams, Zoom and others. (Photo: Embry-Riddle)

Even if the student team’s ideas are not directly plugged into NASA’s plans, however, the hands-on research experience they are gaining is immeasurable, said Claudia Ehringer Lucas, assistant professor of Engineering Fundamentals and also a faculty advisor for the team. Their advancement to the finals, to be held at a conference in Cocoa Beach, Florida, will allow the students to present their concepts to NASA and other industry experts.

“Attending this conference will provide the opportunity for students to present, absorb and discuss their research to NASA and aerospace industry leaders,” said Ehringer Lucas. “They will have the opportunity to network, and that paves the wave to prospective career opportunities.”

Nikki Smith-Cielo, who has just completed a bachelor's degree and is entering the master's program in Space Operations at Embry-Riddle’s Worldwide Campus, said the registration form for the conference allows students to upload their resumés so that they can be circulated among recruiters and industry professionals who will attend, and that networking dinners and events have also been planned.

“I don’t think any of us even fully understood the depth of opportunity that we were signing up for when we applied to be a part of this team,” said Smith-Cielo, who as a co-team leader has been involved in many aspects on the project’s management side, including mission concept design, Mars environmental research, defining surface operations, proposal writing and more.

Smith-Cielo said coordinating among the 29 members of the team, with about half of the team in Italy and one member in Singapore, hasn’t been difficult. Almost all of their work is done remotely, using Slack, Teams, Zoom, email and WhatsApp, to name a few of their shared platforms.

The team is currently fundraising so that all members can attend the finals in Cocoa Beach.

“There is no way we would have made it to the finals without our POLIMI (Politecnico di Milano) teammates’ incredible dedication and passion, so attending the forum without them isn’t an option in our minds,” Smith-Cielo said, adding that the students are considering selling project merchandise to raise money.

“Working with students all over the world from different countries and backgrounds all with the same passion and same dream, it’s been incredibly fulfilling to work with so many brilliant minds,” Smith-Cielo said. 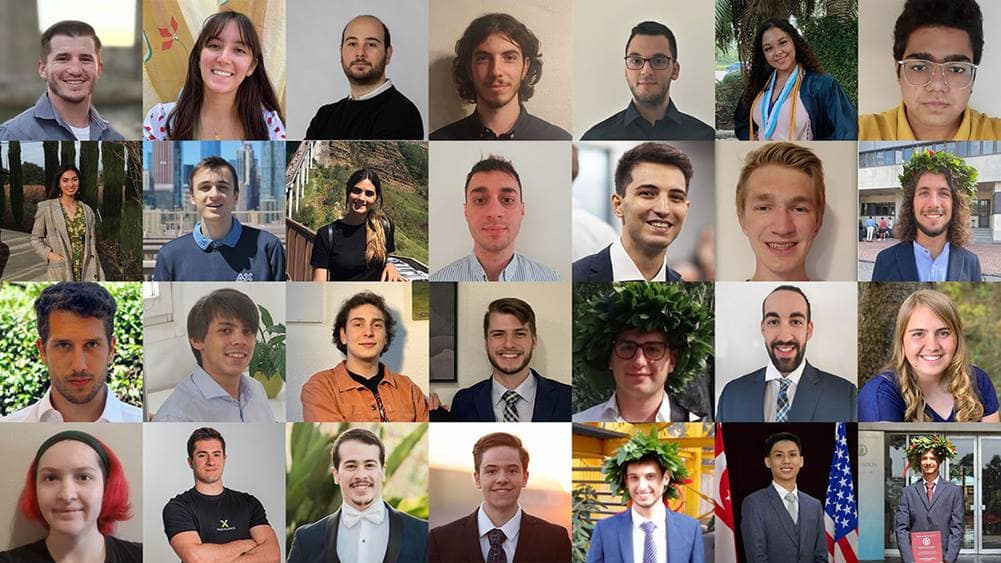 Embry-Riddle students are collaborating with peers from the Politecnico di Milano in Italy. (Photo: Embry-Riddle)

Also serving as a faculty advisor to the project is Dr. Michèle Lavagna, a professor in the Department of Science and Aerospace Technology at POLIMI and a leader in the astrodynamics field, having designed trajectories for the European Space Agency.

Sotirios Zormpas, a team lead who is earning a master’s degree at POLIMI, said the idea of working on a mission proposal for NASA was what drew him into the RASC-AL project. Already, he said, he has learned a great deal about communicating with team members to keep everyone well-informed from the start.

Zormpas said he has made important connections with various companies about components needed for the team’s design, adding that much work has gone into choosing the best readily available technologies for the project.

“It’s very important to have innovation but backed up by solutions that are readily available to be able to make that innovation happen,” he said.

Julian Treat, a senior in Aerospace Engineering at Embry-Riddle’s Prescott Campus who has been a researcher and engineer on the Electrical Power System sub-team, reiterated the general enthusiasm shared by his team members about working with other campuses and institutions.

“The most interesting part has been the collaborations with other ERAU campuses and the ‘ridiculously intelligent people’ from Politecnico di Milano,” he said.

“I’ve learned loads,” Treat said. “About space mission design, the history and future of nuclear power in space, how management can create or harm the working environment and just how important the systems engineers are.”

Co-team lead Vittorio Baraldi, who just graduated from Embry-Riddle with a master’s degree in Aerospace Engineering and hopes to begin a Ph.D. in the same department in the fall, said he learned a lot about leadership — and about the satisfaction of working with others.

“You learn how to communicate properly, have genuine leadership and have people respect you and your ideas as much as you have to respect theirs,” said Baraldi. “I really hope to have contributed to these people’s personal and professional growth as much as they did to mine. Great people and great professionals made a terrific team, and I will conserve this experience with me for life. As people made the biggest part of it, I am positive some great collaborations will happen again.”

To join next year’s RASC-AL team, students should look for an internal university announcement in late August to early September.