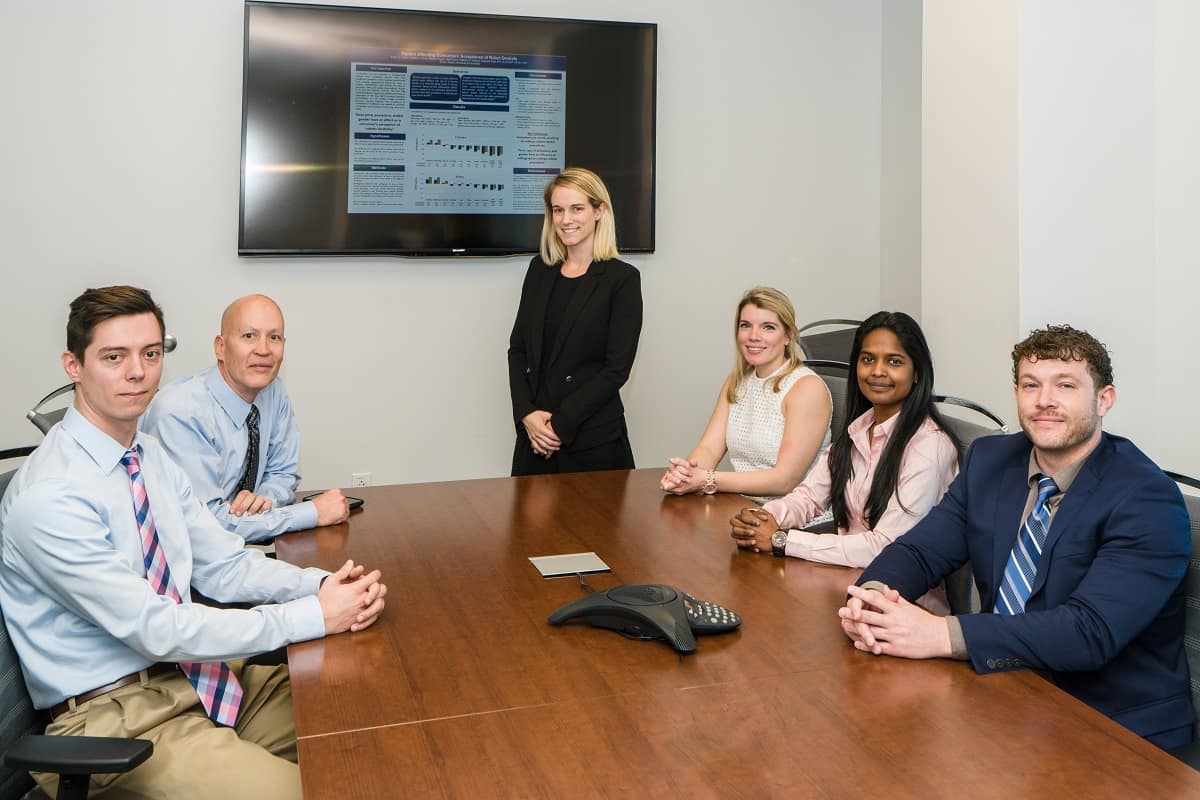 You’re waiting to get your teeth cleaned, half-dozing in a chair with your mouth propped open when a robot appears to do the job. Would you be willing to undergo a dental cleaning performed by a robot? How about a root canal? Autonomous gum surgery, anyone?

What if the robotic procedure was offered at half-price?

An online survey regarding patients’ perceptions of robotic dentistry was one of many Embry-Riddle research projects to be presented during the 2018 International Symposium on Human Factors and Ergonomics in Healthcare conference, March 26-28 in Boston, Mass.

The conference, chaired by Joseph R. Keebler, assistant professor in Embry-Riddle’s Department of Human Factors and Behavioral Neurobiology, featured presentations by more than a dozen faculty members and students from the university. The Embry-Riddle research focused on the root causes of medical errors, checklists as a tool for emergency-response decision making, lessons learned from a simulated active-shooter scenario and much more.

Moreover, the promise of half-price dentistry increased participants’ willingness to accept dental care from an autonomous robotic dentist, Rice and his graduate students explained at the conference.

Currently, medical robots such as the da Vinci® Surgical System are being used to help doctors perform various operations, including cardiac surgery. Medical robots can help doctors increase the precision, safety and quality of certain surgical procedures as well as rehabilitation and patient-care operations, Rice said. Yet, robotic dentistry is still in the early stages of development.

In 2017, a robotic dentist in China fitted two dental implants into a woman’s mouth. In addition, a Miami, Fla.-based company, Neocis, announced last year that it had received clearance from the U.S. Food & Drug Administration to introduce a robotically assisted dental surgical system called Yomi.

As robots become increasingly commonplace in many different settings, “It’s important to understand consumer perceptions of autonomous technologies,” said Embry-Riddle graduate student Emily Anania, the lead student author of the HFES poster presentation. “People are not always accepting of emerging technologies. We know from many different studies, for example, that driverless cars and autonomous aircraft technologies cause some people to react with fear or anger. Better insights to those perceptions will be essential in order to increase acceptance of these technologies.” 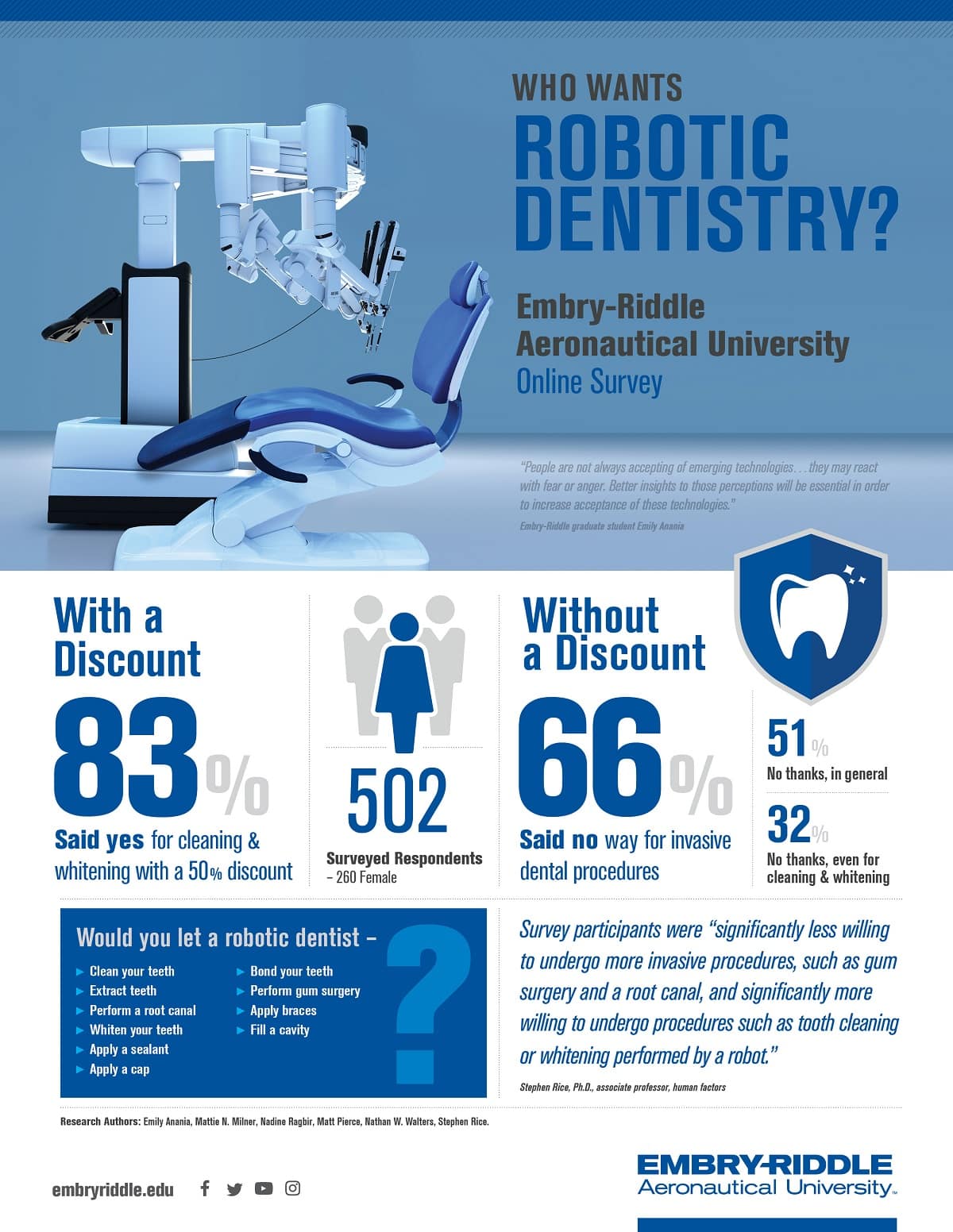 Next, participants were asked similar questions, but with an added incentive: “Imagine that the dentist offers you a 50% (half-price) discount on all dental work done by a robot in his or her office,” the survey said. “The robot will work autonomously (without human intervention).”

The data from the study revealed some interesting patterns.

On the other hand, there were two procedures that participants were less negative about, including teeth cleaning and/or whitening; here, only 32% of the participants were opposed at full price, and 83% were willing to undergo the procedure if the price was cut in half.

Public-perception surveys of emerging technologies are essential, Rice said, because “consumers help drive what is acceptable with automation, and healthcare is no exception.”

Robotic dentists have the potential to improve the precision of different dental procedures, he said. Such technology could make dental care more accessible in rural or otherwise underserved areas. Finally, just as aircraft auto-pilot systems allow pilots to focus on safety, Rice added, robots could free up dentists to continuously improve healthcare practices and protocols.

In addition to Keebler and Rice, other Embry-Riddle researchers taking part in the HFES conference included Albert Boquet, Elizabeth Blickensderker, Barbara Chaparro, Elizabeth Lazzara, Thomas Looke and Scott Shappell, along with their students.