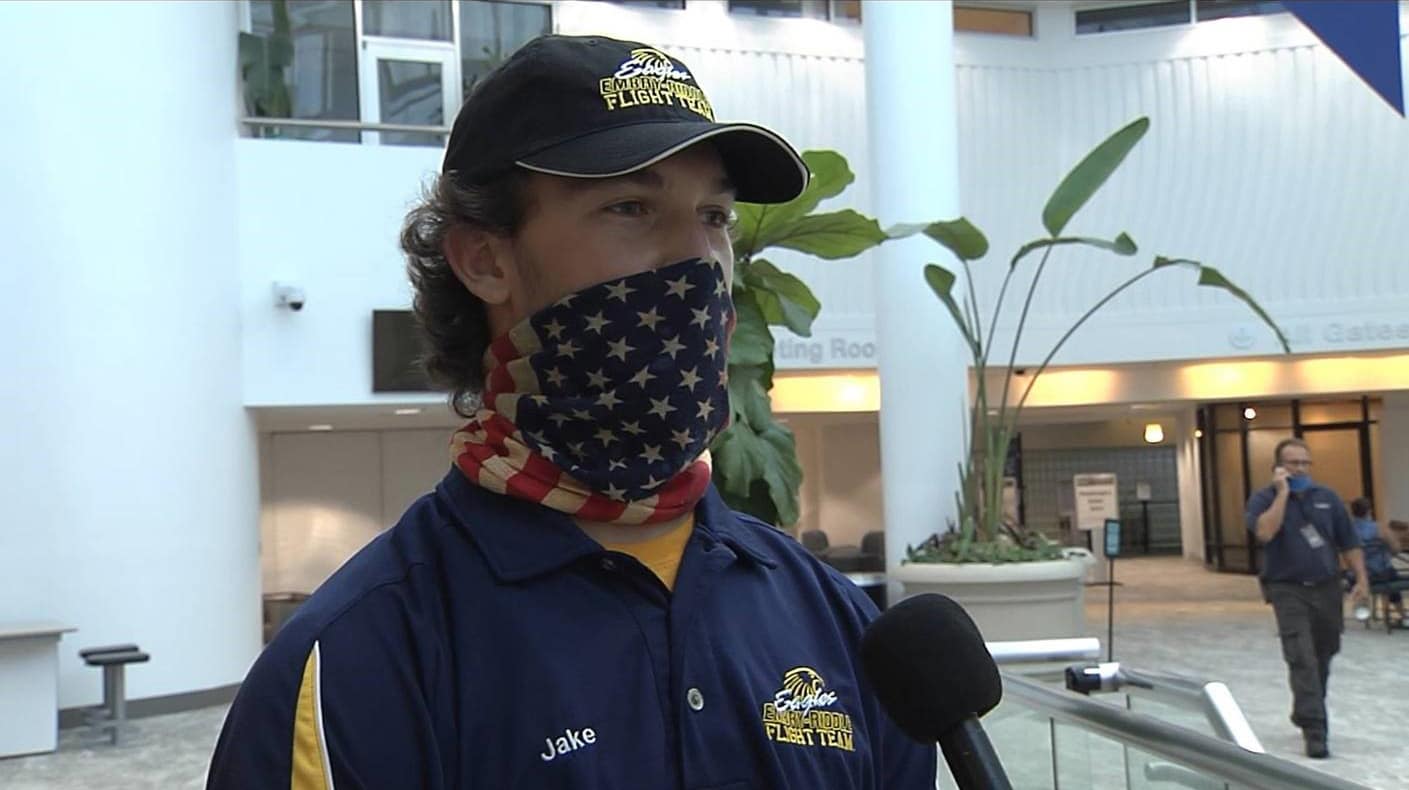 The contest allowed children – with their parents – to drop off paper airplanes at the county-run airport during the days leading up to Aug. 19, National Aviation Day.

Flight instructors with Embry-Riddle Aeronautical University judged the paper airplanes in three categories: accuracy, distance and creativity. After drawing a chalk line on the airport’s first-level floor, Chief Pilot Jacob Paprcka of the Embry-Riddle Flight Team launched each plane from the terminal’s second level, while a team of judges on the first floor took measurements where each plane landed and also gave points for creativity.

“This paper airplane contest was a great opportunity for us to do community outreach,” said Paprcka. “It was a really great way to reach out and touch the minds of the young ones through this competition.”

Winners were Isaac, age 7; Andrew, age 8; and Jamareon, age 10. They will get an up-close look at an Embry-Riddle aircraft and a behind-the-scenes tour of DAB airport.

“Knowing that many families are still spending a lot of time at home, we wanted to do something fun while also hopefully sparking interest in the aviation industry,” said Joanne Magley, the airport’s director of Marketing and Customer Experience.

“Some children may never have an opportunity to get involved in aviation, so this small event may be the spark that ignites their interest,” said Airport Director Karen Feaster. “Maybe years down the road, they’ll decide to major in aerospace engineering or another aviation field, which can be a very rewarding career.”

This story was contributed by Joanne Magley of the Daytona Beach International Airport.