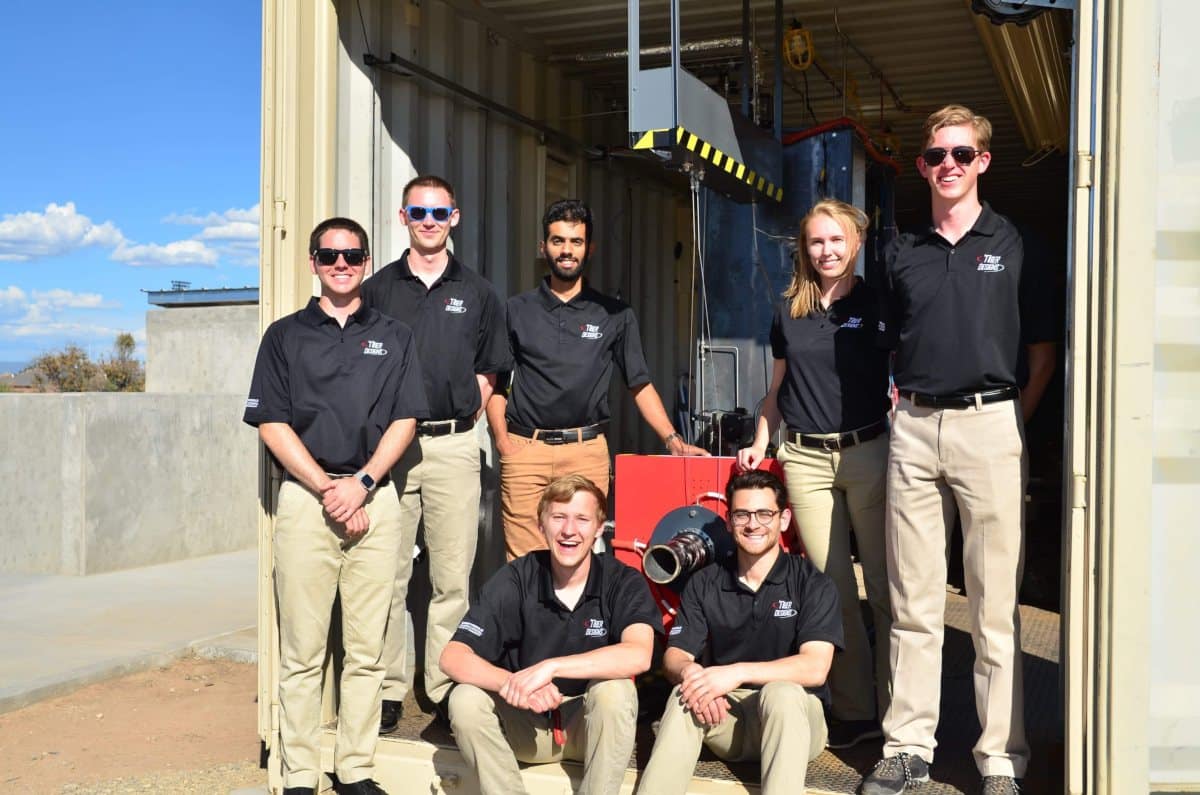 “Janus is the name of the liquid rocket engine, named after the Roman god of change, transitions, and new beginnings-- because it symbolizes a new era of liquid rocketry at Embry-Riddle,” said team member Cameron Kurtz.

The goal of the project was to create an enclosed permanent testing facility for liquid rocket engines and fire a rocket within that facility. Without an enclosed structure, parts and equipment were exposed to weather, forcing students to take apart the test stand and move it across campus, back to the Propulsion Lab.

The team agreed one of the biggest challenges was designing, constructing, and testing over the course of only two semesters— but the highlight of the project was hot firing Janus inside the new facility for the first time.

“Hot firing for the first time was literally the greatest accomplishment of my life,” added Kurtz. “We went from the conex box being delivered to successfully hot firing Embry-Riddle’s first liquid rocket engine in exactly 90 days.”

Although this group of team members are graduating, the project is set for a new team of students to continue forward. The next step is to qualify the engine for flight with a 10-second hot fire. Once qualified, a vehicle then needs to be designed and constructed. With the vehicle finalized, the engine will be integrated into the final product and ultimately flown at the Friends of Amateur Rocketry (FAR) test site in the Mojave Desert of California.

“This is probably the most exciting thing I’ve ever done-- and I’ve worked at NASA,” said team member Rachel Rise.

To learn more about Embry-Riddle’s top-ranked College of Engineering, go to:  https://prescott.erau.edu/college-engineering