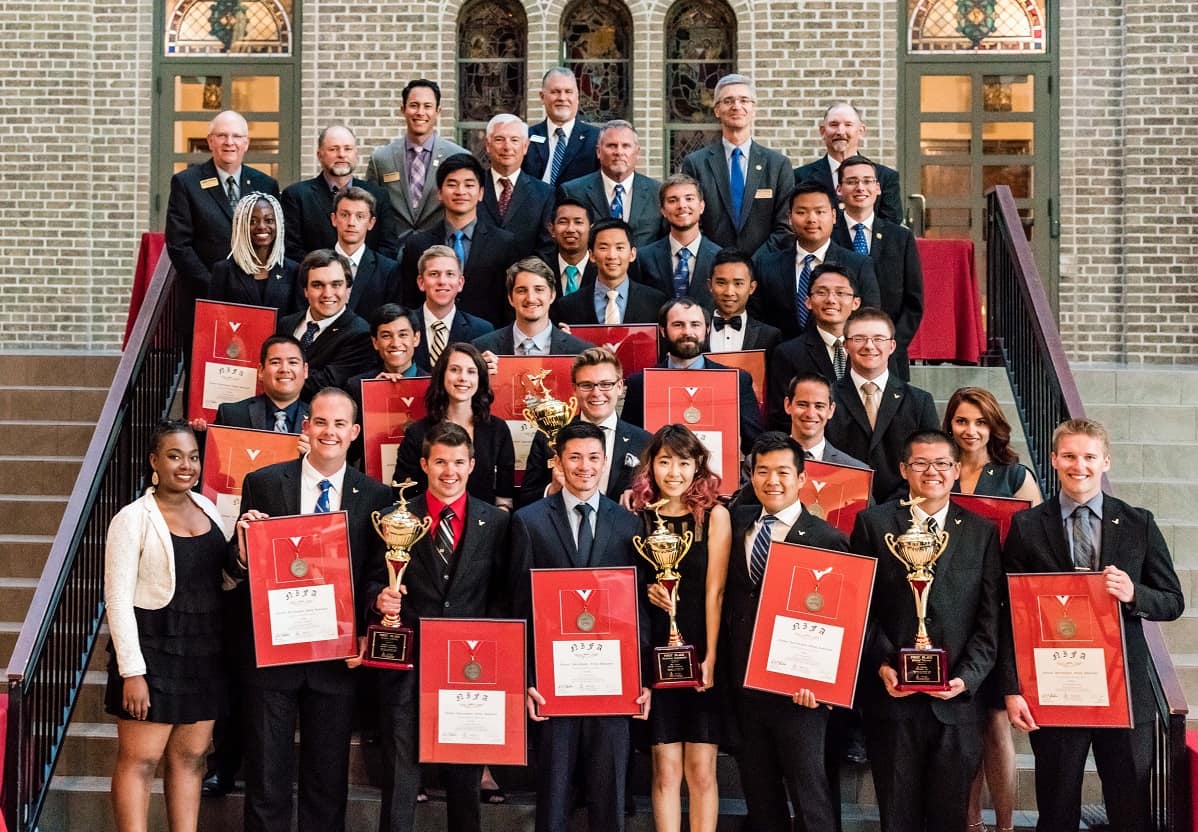 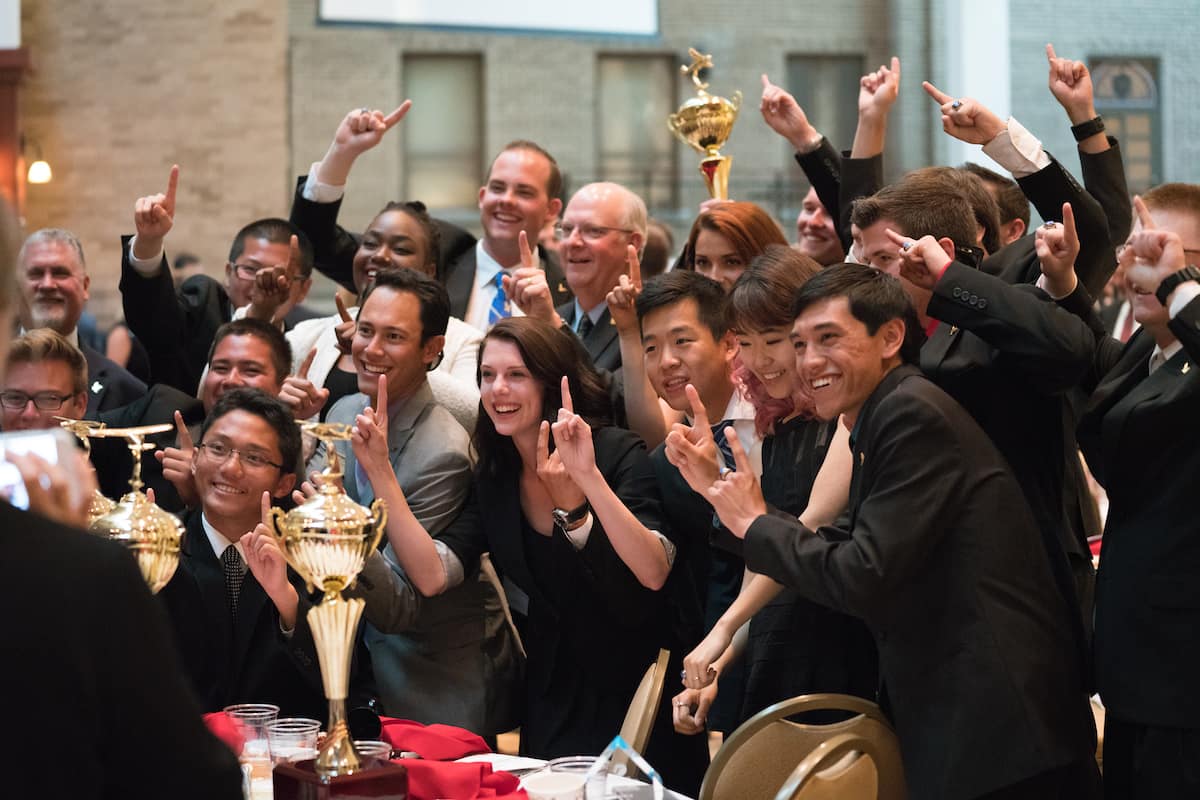 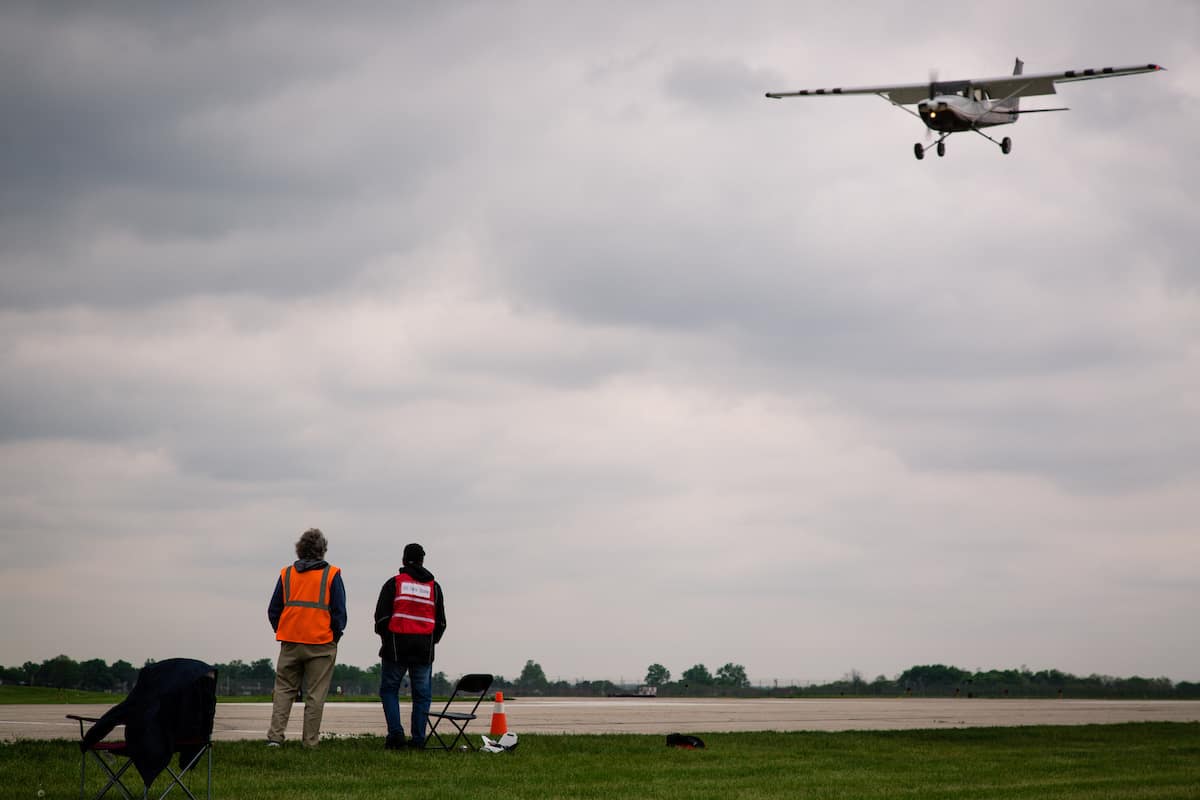 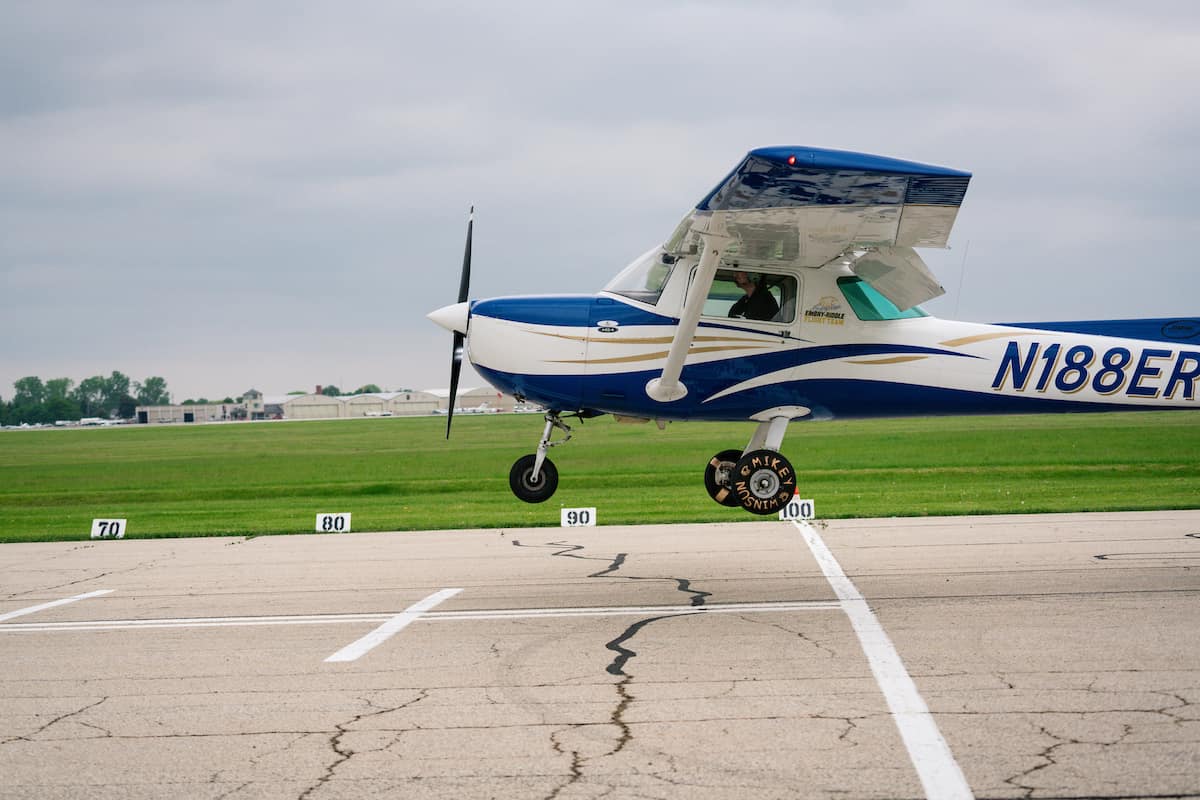 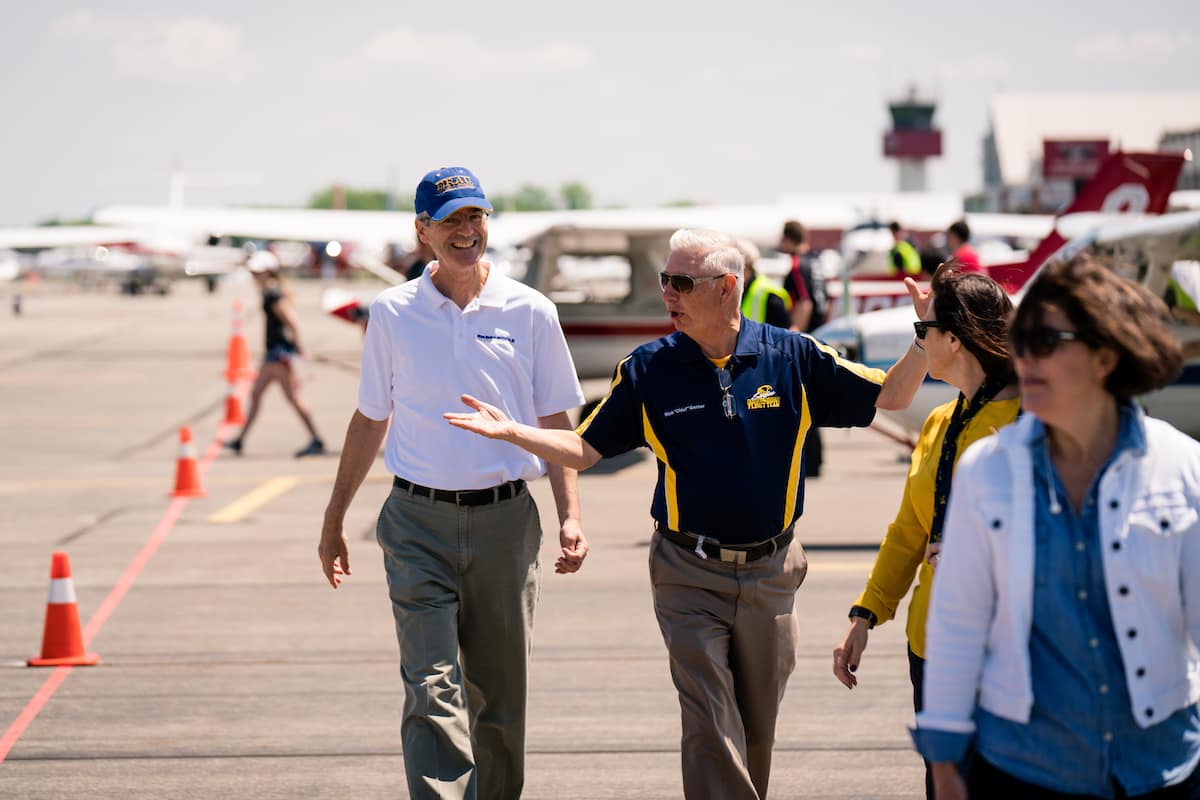 The annual competition, held May 9-14 this year at Ohio State University, brings together collegiate aviation teams from around the United States to compete in flight and ground events such as navigation, computer accuracy, preflight inspection and more. Four out of the Top 10 Scorers in the individual category were students from Embry-Riddle’s teams representing its two residential campuses – more than any other students from competing universities which included the United States Air Force Academy, the University of North Dakota, Purdue University, Florida Institute of Technology, Ohio State University, Western Michigan University and others.

Team captain Nick Moore dominated individual events as No. 1 in Top Scoring Contestants and Short-Field Landing categories and earned the Top Pilot Award, placing in the top 10 in seven categories. Overall, the Golden Eagles Flight Team and individual team members finished in the top 10 in 17 of the competition’s 20 categories, including the Regional Top Pilot Award for Rachel Hutzell. Other first-place winners in the individual categories include Matthew Hallock in Aircraft Recognition, Jacob Cobian in Computer Accuracy and Chin-An Lin in Power-Off Landing.

“I am very happy to have received Top Scoring Contestant and Top Pilot awards. However, I would have not been able to do so without the team members and mentors that pushed me throughout the last three years,” said Moore. “It takes a team to put up 500 points and win a championship, and this group really pulled through.”

In addition to its sixth place overall, the Eagles Flight Team of the university’s Daytona Beach Campus earned top 10 rankings in 13 team and individual categories, including the top spot in Instrument Flight Rules for Michael Benson. The team placed fifth in the Judges Championship and the Ground Events Championship, and seventh in the Flight Events Championship. Team member Tsz Him Yeung earned the Men’s Achievement Award.

“Embry-Riddle congratulates its outstanding flight teams in Arizona and Florida on their continuing impressive achievements,” said P. Barry Butler, president of the University. “The success of the Golden Eagles and Eagles Flight Team reflects our institution’s commitment to excellence in aviation. These competitors have inspired us to pursue even greater heights.”

With the 2017 top title, Prescott’s Golden Eagles have now won the NIFA SAFECON national championship 11 times since 1993. The team also has an unbroken 33-year record as regional champion.

“I am extremely proud of this year’s team,” said Golden Eagles Coach Sam Morris. “The 11th win for the Golden Eagles Flight Team was due, in no small part, to the highest level of dedication and perseverance from its members. The team lived up to its creed demonstrating competitive superiority and leaving a legacy of pride. This team is something extraordinary, and the combined effort of its members and student leadership is what resulted in one of the biggest margins the team has ever won by.”

For more information on the Embry-Riddle Prescott Golden Eagles, go to its official website at flygoldeneagles.com or on Facebook at facebook.com/TheGoldenEaglesFlightTeam

The Daytona Beach team, which finished sixth in last year’s competition, won the national championship in 1992 and placed second in 2009 and 2010.

“I am very proud of our Eagles Flight Team for another great performance,” said Reese. “Captain Liam Dermady led the way, taking second place in Power Off Landings, third in Aircraft Recognition, and being the third highest scoring contestant, which earned a United Airlines internship!  Michael Benson took first place in the IFR Simulator event. Winsun Lu Yang also placed third in Computer Accuracy, and Tsz Him ‘Issac’ Yeung placed third in the Men’s Achievement Award.  I am grateful to the Eagles Flight Team for a very rewarding experience!”

For more information on the Embry-Riddle Daytona Beach Eagles, go to the official website at eaglesflightteam.com or on Facebook at facebook.com/eaglesflightteam

For the complete list of the NIFA SAFECON national competition results, go to https://nifa.aero/safecon-2017-results/

About NIFA SAFECON
The National Intercollegiate Flying Association SAFECON is a national championship flying competition for collegiate teams from across the country. NIFA was formed to develop and advance aviation education; to promote safety in aviation; to foster communications and cooperation between aviation students, educators, educational institutions and the aviation industry; and to provide an arena for collegiate aviation competition. For more information, go to nifa.aero.