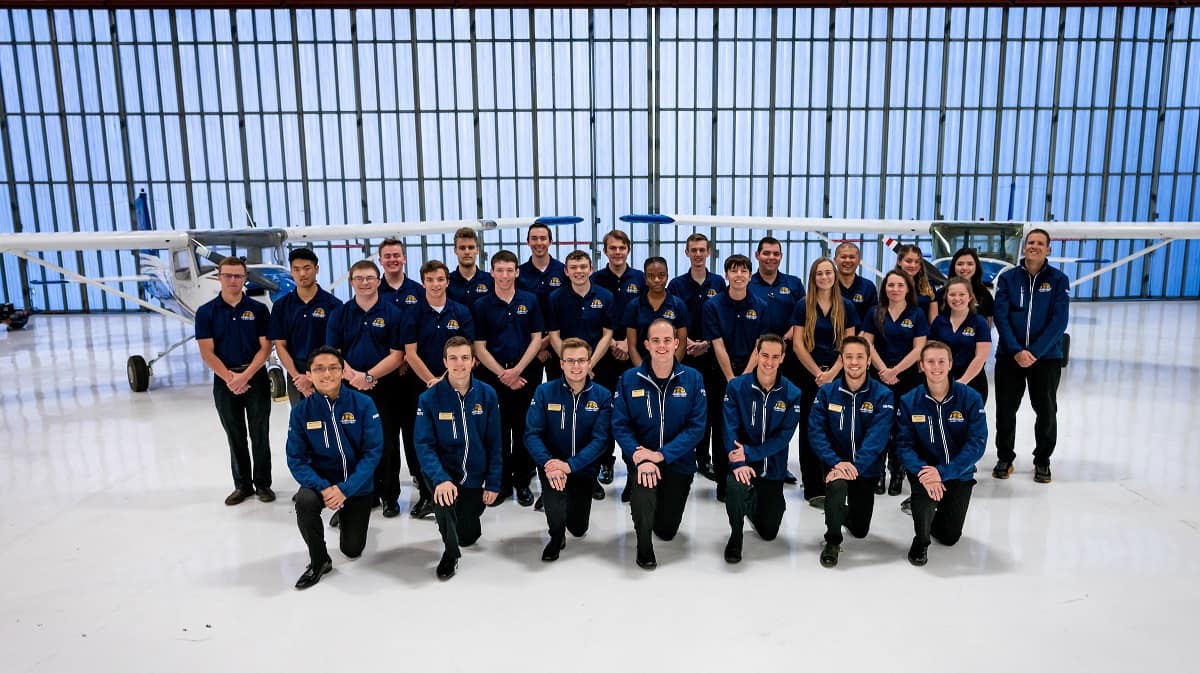 SAFECON, presented by the National Intercollegiate Flying Association (NIFA), included 350+ contestants from 30 elite collegiate flight teams from across the country. These students participated in 23 different flight and ground events, including ground-based activities and flying tests for individuals and teams. Contestants were judged on their expertise in flight planning, simulator flights, navigation, interviewing, preflighting, precision landing contests, power-off landings and other aviation-related challenges.

The 2019 SAFECON was hosted by the University of Wisconsin and held at the Southern Wisconsin Regional Airport (JVL).

For more information on the Golden Eagles Flight Team, go to flygoldeneagles.com or check out the team’s Facebook page.

Complete results of this year’s NIFA SAFECON can be abound at https://nifa.aero/wp-content/uploads/SAFECON-2019-Official-Results.pdf.

The National Intercollegiate Flying Association was formed for the purposes of developing and advancing aviation education; to promote, encourage and foster safety in aviation; to promote and foster communications and cooperation between aviation students, educators, educational institutions and the aviation industry; and to provide an arena for collegiate aviation competition. NIFA also serves as a forum for collegiate aviators to expand their studies and further their careers by participating in competitive and non-competitive events, networking with industry and contemporaries, and applying themselves to go above-and-beyond their ordinary curriculum.