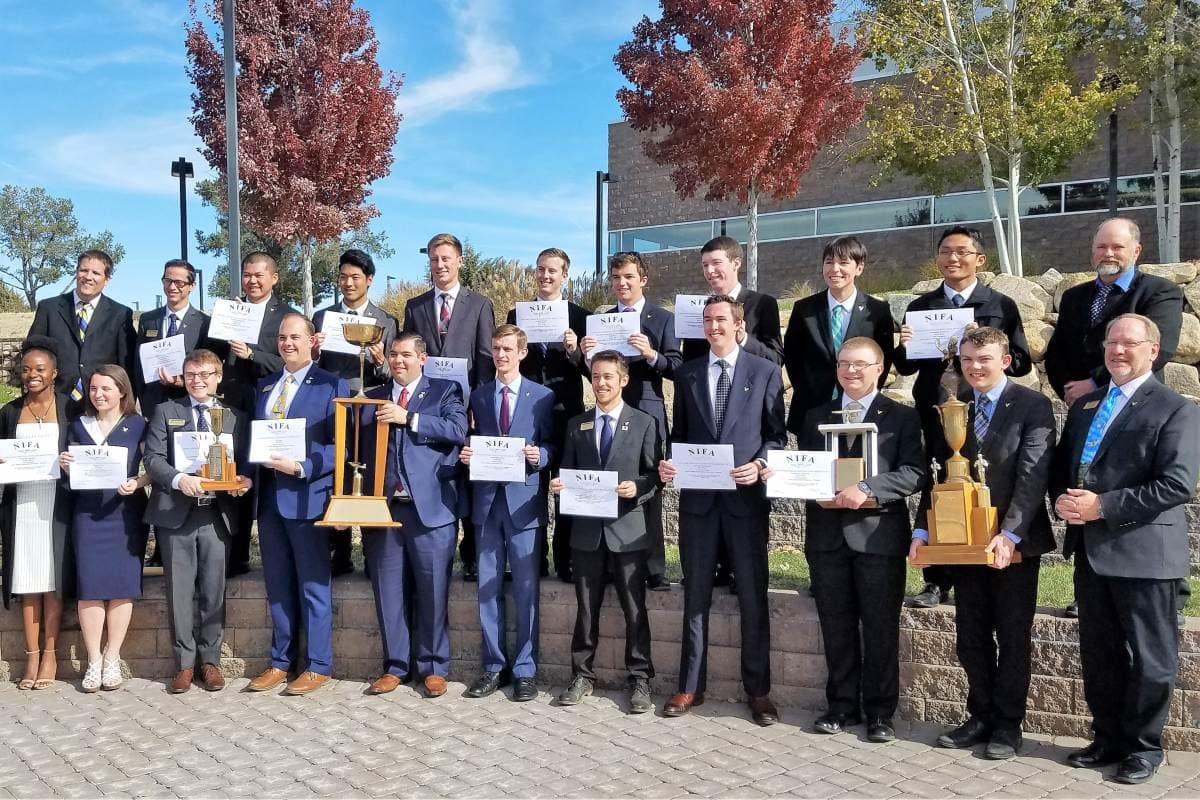 “The team continues to amaze me with their hard work, dedication, and drive for excellence,” said Team Captain Ryan O’Connor. “I couldn’t be more proud of this competition team for the tireless work they put into this Regional Championship. Carrying on the traditions of excellence set forth by the generations of Golden Eagles before us is something that we strive to do at all times, as competitors, as pilots, and as people.”

"We could not be more proud of this team of young aviators. As a group, they continuously drive one another to great heights and achievement,” said Robert Moser, head coach for the Golden Eagles Flight Team. “We are also proud of the cooperation and effort of the Embry-Riddle family, our Flight Department, the airport management group at Ernest Love Field, the FAA Air Traffic Control team and Legend Aviation. Without their support, hosting an event of this magnitude would not be possible."

The conference championship grants The Golden Eagles with a spot to compete in May at the national NIFA event in Janesville, Wisc. The team won their 12th national championship, and third consecutive title, at last year’s competition, after induction into the International Air & Space Hall of Fame last November.

“The team is already gearing up for Nationals,” added O’Connor. “The days get longer, the practices get harder, the stakes get higher, and the drive to win a National Championship only gets stronger. By the time we depart for competition in May, I’m confident we will be sending the most capable and confident competitors within our team to represent the University at the National level. A ‘three-peat’ was a tall order, but for a team that thrives off of pushing our limits and constantly raising the bar, we’re coining the term ‘four-peat’ and going after it with all we’ve got.”

For the entire list of results from the 2018 Region II Safecon, visit https://nifa.aero/wp-content/uploads/2018-Region-2-SAFECON-Official-Results.pdf

For more information on the Golden Eagles Flight Team, go to www.flygoldeneagles.com