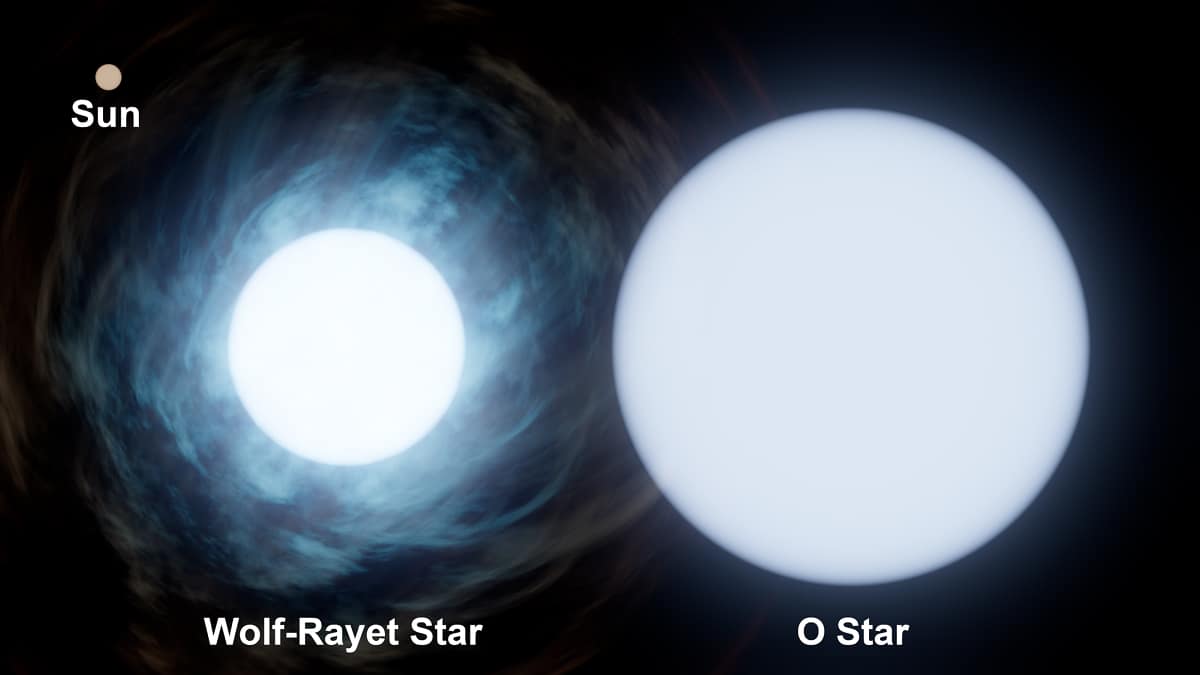 This illustration shows the approximate sizes of the two stars in WR 140 compared to that of the sun. (Photo: NASA, ESA, CSA, STScI, JPL-Caltech)

Just as a rock thrown into a pond creates an undulating pattern of circular ripples, some double star systems called binaries can push rings of dust into space as one star orbits around its partner, Embry-Riddle Aeronautical University astronomer Noel D. Richardson explains.

The image shows many brilliant rings of cosmic dust emanating from WR 140, a fairly bright, carbon-rich Wolf-Rayet binary system located in the Cygnus constellation. Because this type of Wolf-Rayet binary is a colliding-wind or WC type star, it tosses dust into the universe every time its two stars get close to each other in orbit. Such stars offer an ideal way to study the dust that helps form new stars and planets.

“We have identified about 17 dust spirals, showing more than 140 years of dust around this object,” said Richardson, assistant professor of Physics and Astronomy on Embry-Riddle’s Prescott, Arizona, campus. He noted that WR140 completes one orbit every 7.93 years. “We’ve long suspected that this dust is long-lived and gets out to space, and now we can prove it.” 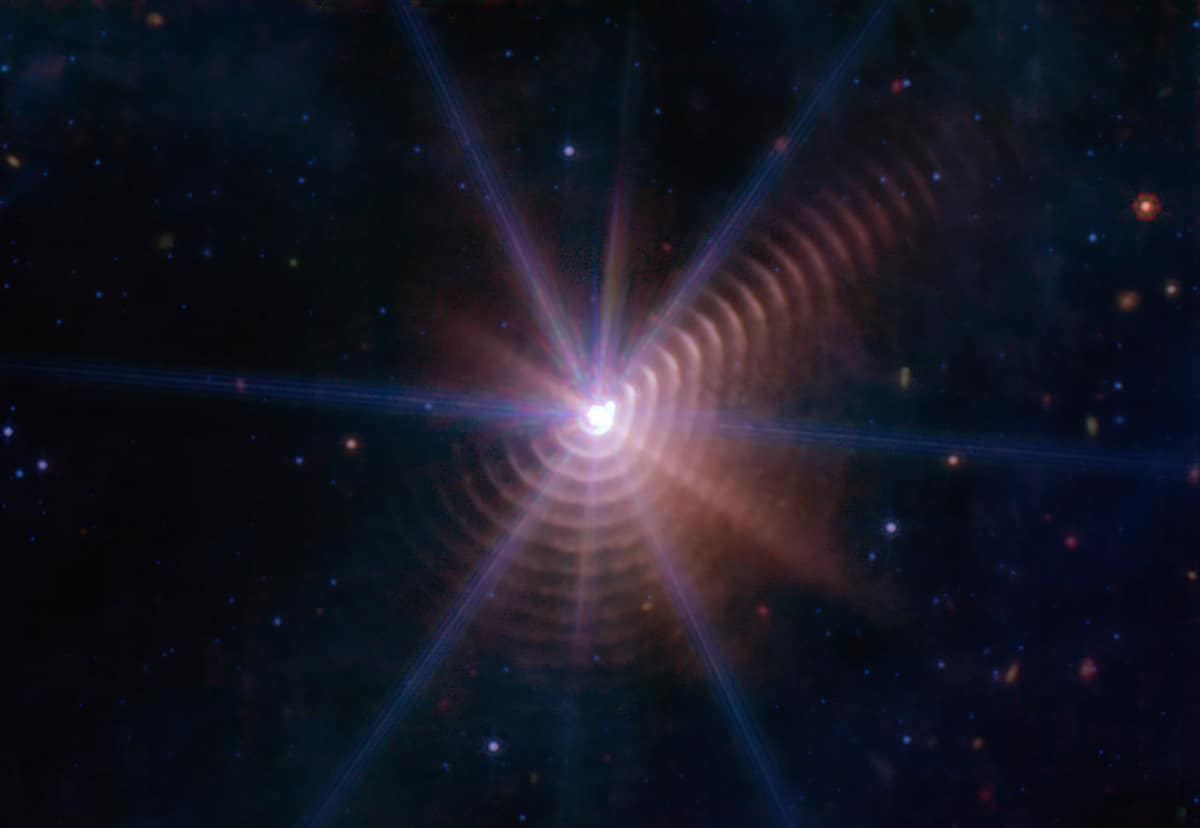 The two stars in Wolf-Rayet 140 produce shells of dust every eight years that look like rings, as seen in this image from NASA's James Webb Space Telescope. Each ring was created when the stars came close together and their stellar winds collided. (Photo: NASA, ESA, CSA, STScI, JPL-Caltech)

Richardson added that the researchers were “hoping to see maybe five dust rings, but we saw 17 of them.” The precise mid-infrared image was made possible, for the first time ever, by the Mid-InfraRed Imager (MIRI) on the JWST. Ground-based telescopes can typically detect perhaps two dust rings around a star, he noted.

The team’s observations show that “dust-forming [carbon-rich] binaries are a potential source of organic compounds and carbonaceous dust in the interstellar medium,” Lau and colleagues wrote in their “Nature Astronomy” paper.

The paper, “Nested Dust Shells around the Wolf-Rayet Binary WR 140 from JWST,” was authored by Ryan M. Lau and co-authored by many others associated with astronomy institutions in the United States, Japan, France, Canada and elsewhere.

Richardson assisted with obtaining the observations and has worked on understanding the binary for several years, recently helping to lead an effort to map the stellar orbit and measure the stars’ parameters to high precision.

The NOIR Lab scientist who led the study, Ryan Lau, will be on-campus for the Science Speaker Series event on November 15, 2022 at noon in the Jim and Linda Lee Planetarium. This event is free and open to the campus community (limited seating).