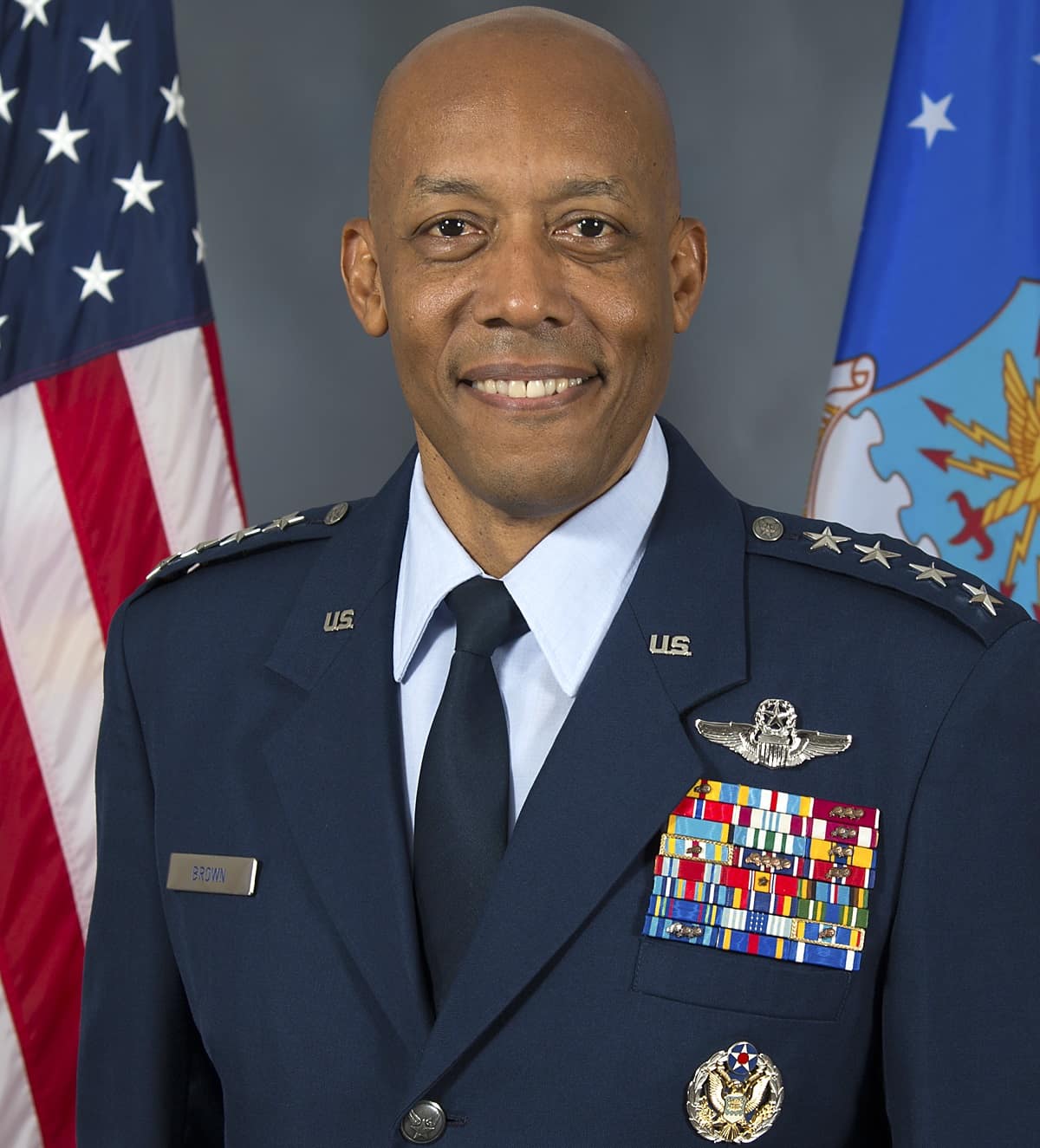 Embry-Riddle Aeronautical University salutes alumnus Gen. Charles Q. Brown Jr. on his unanimous confirmation, in a 98-0 vote by the United States Senate on Tuesday, June 9, as the first African American service chief in the history of the U.S. armed forces.

Brown, a 1995 master’s graduate of Embry-Riddle’s Aeronautical Science program, will serve as chief of staff of the U.S. Air Force. A command pilot with more than 2,900 flying hours, including 130 combat hours, Brown formerly served as commander of the Pacific Air Forces, air component commander of the U.S. Indo-Pacific Command and executive director of the Pacific Air Combat Operations Staff at Joint Base Pearl Harbor-Hickam, Hawaii, where he was responsible for more than 46,000 Airmen.

“Embry-Riddle is very proud to see one of our Eagles ascend to a role of such importance and influence as a U.S. military leader, said Embry-Riddle President P. Barry Butler. “General Brown is an inspiration to all of us in his perseverance, achievements as a pilot and commander, and his continuing dedication to service.”

Recent events of racial injustice nationwide, highlighted by the police killing of George Floyd on May 25, prompted Brown to post a video to Twitter in which he reflected on his life as both a black man rising through the ranks of the military and, more specifically, a black man in America.

"I'm thinking about a history of racial issues and my own experiences that didn't always sing of liberty," he said. "I'm thinking about wearing the same flight suit with the same wings on my chest as my peers, and then being questioned by another military member: 'Are you a pilot?'’ … I'm thinking about having to represent by working twice as hard to prove their expectations and perceptions of African Americans were invalid.”

Currently, only 8.8 percent of all military officers are black, according to statistics from the Pentagon.

"I'm thinking about how my nomination provides some hope, but also comes with a heavy burden,” Brown said. “I can't fix centuries of racism in our country, nor can I fix decades of discrimination that may have impacted members of our Air Force. I'm thinking about how I can make improvements personally, professionally and institutionally, so that all Airmen, both today and tomorrow, appreciate the value of diversity and can serve in an environment where they can reach their full potential.”

“We want to encourage black students to prepare for careers in aviation,” Butler added. “General Brown is a great example of how participation in ROTC and a commitment to continuing education can create the leaders our military and industry need to become more inclusive and benefit from talents that have been overlooked or undervalued in the past,” said Butler.

Embry-Riddle Salutes Alumna All-Stars Who are Leading the Way