An all-female team from Embry-Riddle’s Asia Campus won a Creativity Prize for their design of an autonomous delivery robot, named Bobo, that could be deployed via van to deliver goods to people in metropolitan areas, such as Singapore, where the team members reside. (Photo: Embry-Riddle)

“This is our first national win, so we are naturally very excited about it,” said Kim Chua, instructor and director of student success on Embry-Riddle’s Singapore Campus. "This is also the first time we have registered an all-girls team in the competition. Winning the award is a testimony and a validation of our students' creativity, domain expertise and industry awareness."

The team members are Anjana Mahesh Kumar, Suhasini Shekhar, Mithra Sakthivel, Humna Amad, Jean Samirah S. Venturina and Sumaiyathul Faaliha. All of the students are Aeronautics majors, except for Amad, who is studying Aviation Business Administration.

Rather than designate a team leader for their project, the Hexa Eagles team divided leadership responsibilities among the group as a way to ensure maximum collaboration — they even opted to answer interview questions collectively.

“We all got to be leaders during at least one phase of the project,” they said. “A lot of thinking went into bringing the most realistic plan that can be executed by a new company (to fruition).” 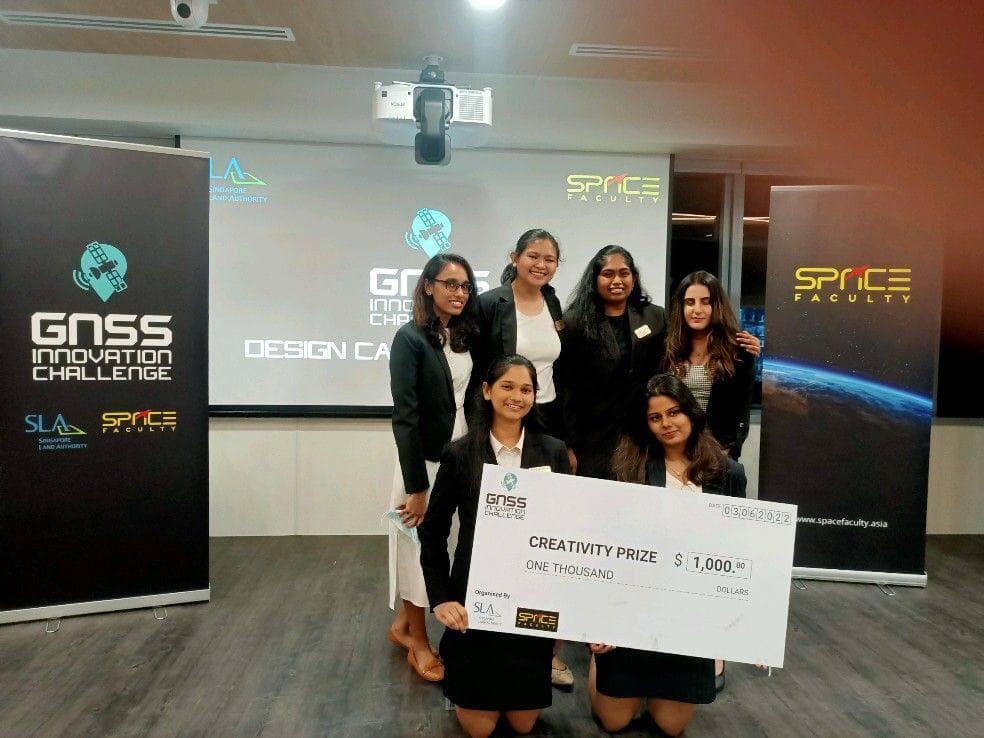 The team’s entry in the 2022 Global Navigation Satellite System Innovation Challenge included an application to initiate and track orders, a robot named Bobo and the Bobo van. Once an order is placed, the Bobo van transports and charges a robot, which is then deployed to carry the purchased goods to the customer. The design is enabled by SiReNT, a real-time, high-precision positioning system promoted by the Singapore Land Authority.

“Our solution’s main aim is toward sustainability, reduction in human contact and making robot-delivery solutions user-friendly, which we believed would be useful in the context of Singapore, with its aging population and growing technology,” the team said.

In another corner of the Embry-Riddle community, at the Daytona Beach Campus, similar technology is currently being utilized to deliver food to students all around campus. The launch of the program in the summer of 2021 made Embry-Riddle the first Florida college to offer environmentally friendly robotic delivery.

The Hexa Eagles credited Chua and Dr. Jack Patel, assistant professor and academic officer on the Singapore Campus, with supporting the project. Additionally, they said that the attention they received for being an all-woman team offered extra motivation to succeed.

“It gave us the encouragement to work harder on our project, and the confidence in showcasing it, to hopefully inspire more people out there,” they said.