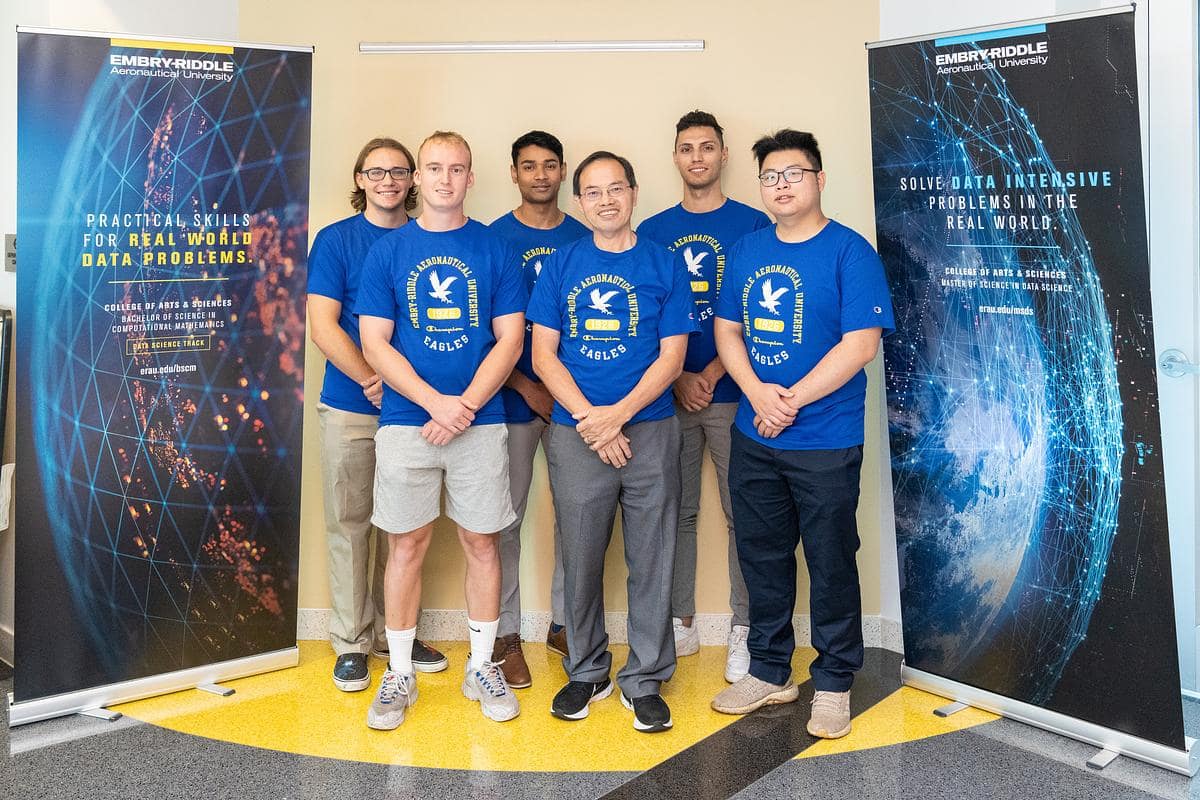 Embry-Riddle Aeronautical University recently joined a national effort to meet the growing need for undergraduate education in data science, receiving $970,800 from the National Science Foundation (NSF) to collaborate on producing online courses that can be customized and delivered to students at universities with limited resources, including seven institutions that serve underrepresented communities.

“The rapid growth of artificial intelligence has generated a demand for data scientists that is not being met,” said Dr. Hong Liu, professor in the Department of Mathematics and lead principal investigator of the initiative. “Graduates who have the data analytics skills to interpret big data are in high demand.”

"This award is a testament to the excellence of Embry-Riddle's Department of Mathematics and our program in Data Science," said Dr. Peter Hoffmann, dean of the College of Arts and Sciences and professor of Physics. "Data science is central to a vast range of fields, from engineering design and business analytics to fundamental scientific research. Training students in data science allows them to have successful careers in many industries."

According to figures provided by Liu, in a survey of more than 5,000 global executives, 63% cited a lack of talent as the main barrier to adopting artificial intelligence technologies, and at least 55% said they were looking into training options and conducting workshops for educating their employees. At the same time, Liu said, the need for new graduates and professionals in data science far exceeds the current capacity of universities, and smaller colleges and universities with fewer resources are generally unable to provide relevant training.

The initiative will provide coursework and participation with a stipend in a summer research workshop to at least 200 students from 11 different smaller institutions. The collaboration will also help Embry-Riddle faculty to recruit students to its master’s degree in Data Science program.

Posted In: Computers and Technology | Research