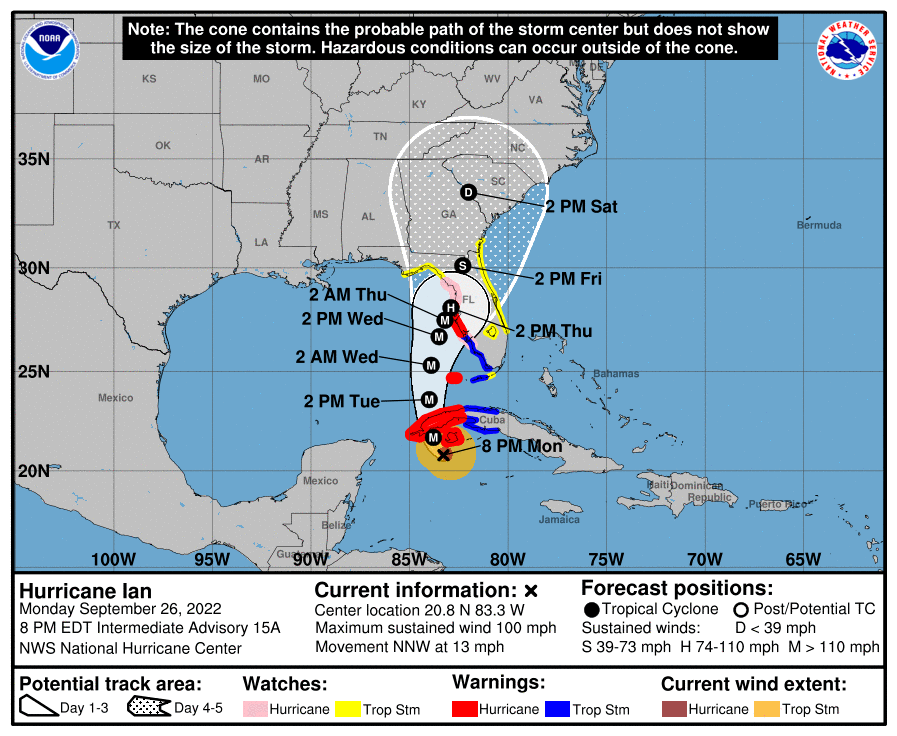 The National Hurricane Center (NHC) currently relies on a tropical cyclone forecast track (or “cone of uncertainty”) graphic to communicate the probable path of an oncoming storm — this image from Sept. 26, for instance, was shared two days before Hurricane Ian made landfall in southwest Florida. Hurricane Nicole made landfall about six weeks later. However, no forecast graphic currently exists to communicate uncertainty in a hurricane’s intensity prediction, which is exactly the problem researchers at Embry-Riddle are seeking to solve, backed by a grant from NOAA. (Photo: NHC)

In spite of around-the-clock news coverage that communicated updated forecasts from the National Hurricane Center (NHC), the intensity of Hurricane Ian and Hurricane Nicole, both of which tore through Florida recently, causing severe property damage and flooding throughout the state, was underestimated by many residents before the storms made landfall. 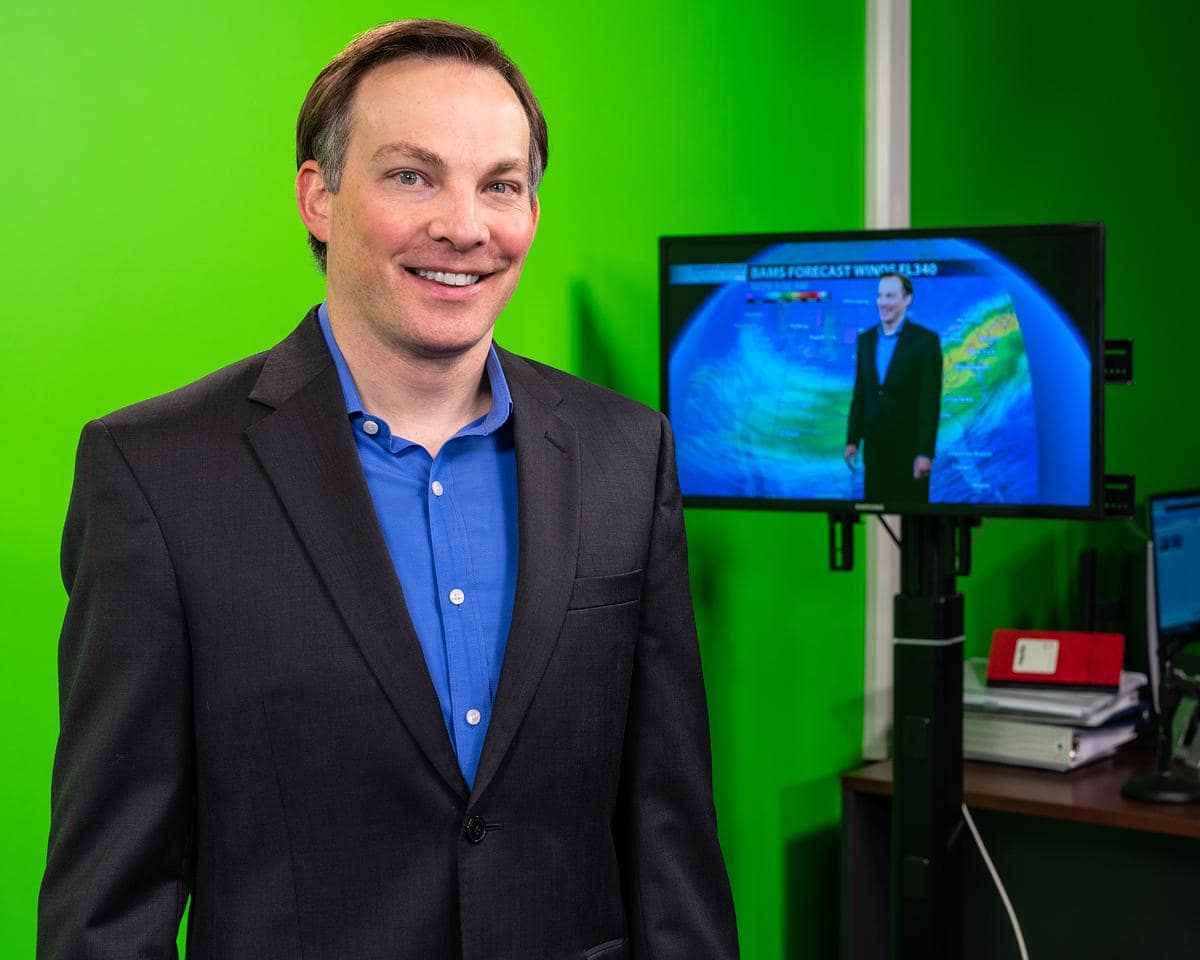 Less than 24 hours before reaching coastline, for instance, Hurricane Ian made good on predictions that it would escalate to a category 4 hurricane. And yet, as its wind speeds increased by 35 mph during that time, many Floridians were unprepared for the extent of the damage about to occur. Nicole followed Ian soon after, causing major flooding on the east coast of Florida in early November.

To two Meteorology professors at Embry-Riddle Aeronautical University, however, the way these storms intensified, and how residents responded, are part of a much larger pattern.

“Ian was one of several hurricanes to rapidly intensify in this way in the past five years,” said Dr. Dan Halperin, assistant professor of Meteorology. “In these scenarios, people who only prepare for weaker storms can be caught off-guard.”

That’s why Halperin, along with fellow Meteorology assistant professor and co-principal investigator Rob Eicher are currently working on a project funded by NOAA to better communicate storm uncertainty in the future.

“Quite often, forecasters know there is a possibility that a hurricane could suddenly strengthen or weaken before landfall and will communicate that in a forecast discussion, but there is no product that objectively warns people how much stronger, or weaker, a hurricane could be,” Eicher said. “The NHC is developing a method to include uncertainty information in their landfall intensity forecasts, and our project will provide recommendations on how best to communicate that information publicly.” 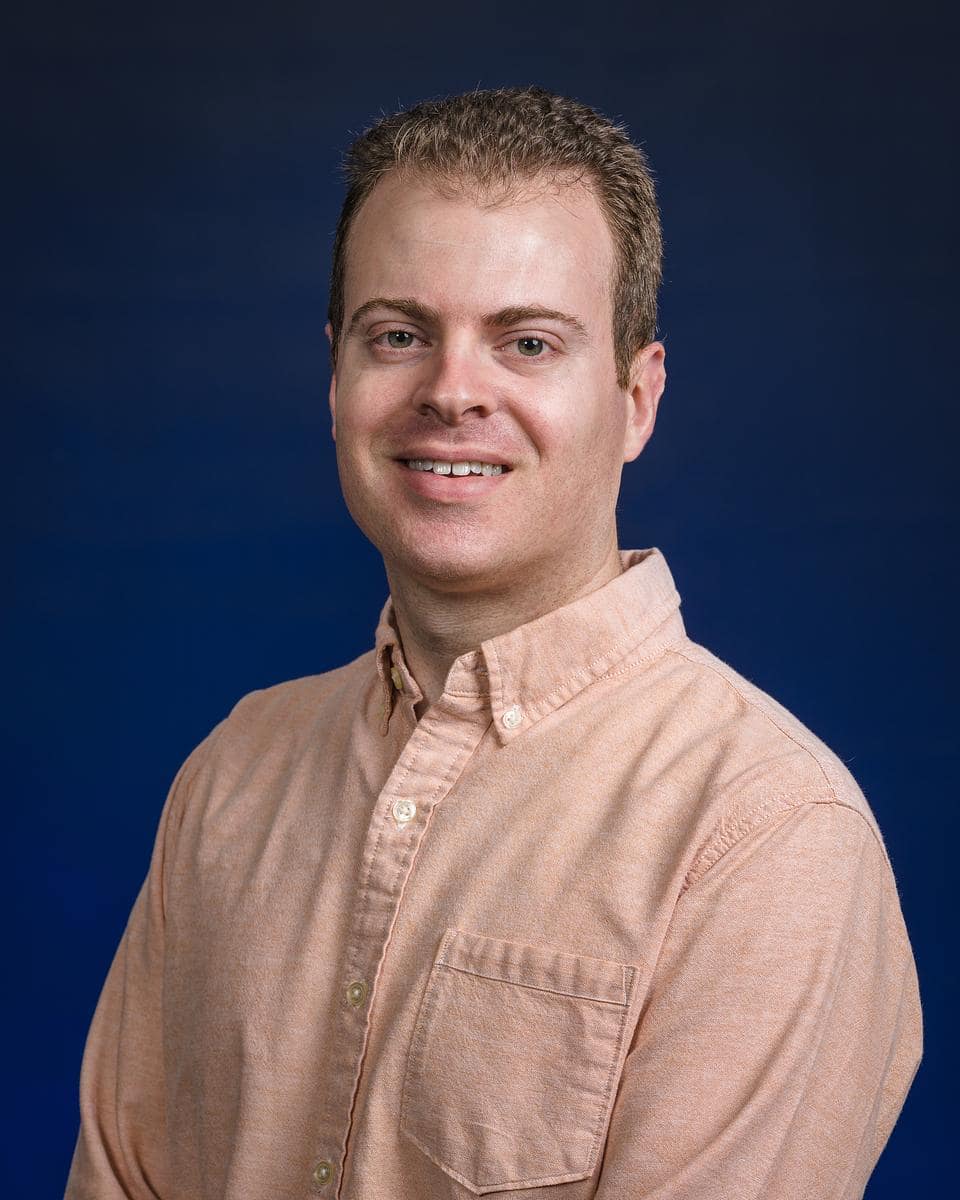 “Our goal is to raise awareness of the uncertainty in tropical cyclone intensity forecasts so that people will prepare for the reasonable worst-case scenario,” Halperin added. “Ian and Nicole are just two recent examples of the fact that you should always prepare for the worst.”

The project is a collaboration between Embry-Riddle researchers and Deanna Sellnow, professor of strategic communication at the University of Central Florida (UCF), where Eicher is currently pursuing his Ph.D. in the same topic, with a concentration in risk communication. Any potential new forecast graphic is expected to be used in tandem with the NHC’s tropical cyclone forecast track graphic (or “cone of uncertainty”), which illustrates the probable track of the center of a tropical cyclone.

Although the cone graphic illustrates the wide array of possibilities for a storm’s projected path, there is currently no tool or graphic that objectively communicates uncertainty in intensity forecasts.

One to two Embry-Riddle undergraduate students will also be involved in the research. Eicher plans to feature the project in his Ph.D. dissertation, as well, which will apply chaos theory to forecasting tools in order to reinforce levels of uncertainty in intensity predictions.

This type of reinforcement is necessary, according to the researchers, who expressed concern that the general public is quick to become “anchored” to an initial hurricane forecast, which can lead to a lack of awareness when a situation has changed.