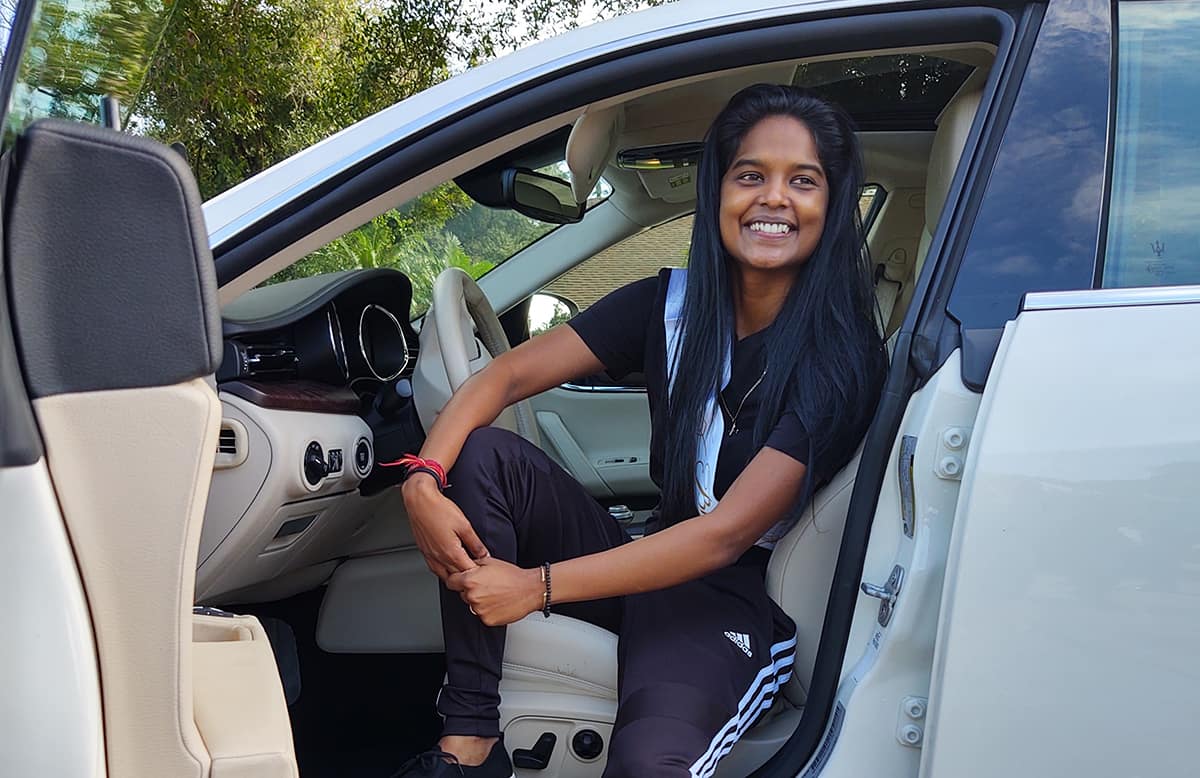 Embry-Riddle Ph.D. student Nadine Ragbir is the lead author of a research paper exploring the presence of conscious and unconscious biases in how pilots from minority backgrounds are perceived. (Photo, shot off-campus: Nadine Ragbir)

The research, published in Technology in Society, showed that consumers and even other pilots respond more favorably to white male pilots over female and minority pilots. It represents a scientific look at consumers’ perceptions of pilot quality based on their gender or race and could provide strong guidance to the aviation industry.

Embry-Riddle Ph.D. student Nadine Ragbir, the lead author of the paper, said the most valuable part of the research was demonstrating that implicit, or unconscious, biases exist.

“While some people know they are being biased or prejudiced against an individual, others may not even know they feel that way,” said Ragbir. “Just being able to make people aware that there are unconscious biases that could influence their thoughts and actions is a step forward.”

The experiment involved showing photographs of female and male pilots of various races to participants, then asking them to rate how well they thought the pilots would perform. Respondents gave higher ratings to white male pilots. Other students who worked on the research, which was funded internally by the Department of Human Factors and Behavioral Neurobiology, included Bradley Baugh, Mattie Milner (now graduated), Madhur Gupta, Drishti Valecha, Karla Candelaria-Oquendo and John Capps.

Ragbir, who developed a childhood interest in aviation when her paratrooper uncle taught her about different kinds of aircraft, earned both her bachelor’s and master’s degrees in Human Factors at Embry-Riddle’s Daytona Beach Campus. She said the topic of the research came about through collaboration, while the authors discussed a type of software tool used in behavioral research that can reveal implicit bias based on the participants’ response times. Basically, response times are longer when implicit bias is involved, because participants are reluctant to blatantly admit to biased responses and tend to take more time to consider.

“Being in a school centered around aviation, we could not help but ask ourselves if these biases exist in airline passengers and pilots alike,” Ragbir said. She added that diversity and inclusion programs would be her first recommendation for the aviation industry.

Despite the pandemic, air travel is projected to expand over the coming years, and with a large percentage of the industry’s workforce reaching retirement age, a shortage of aviation professionals is predicted, Rice said. The research paper pointed out that bias could deprive the industry of the best job candidates.

“One of the main goals in hiring is to recruit and onboard the most qualified candidates,” the publication in Technology in Society read. “Potential employees are often unintentionally under-evaluated due to biases, and specific groups could be unfairly kept out of the cockpit and better candidates excluded.”

The fact that pilots themselves demonstrated bias against female and minority pilots was of particular concern, Rice said.

“Those pilots may be in positions of power one day to make hiring choices,” he said.