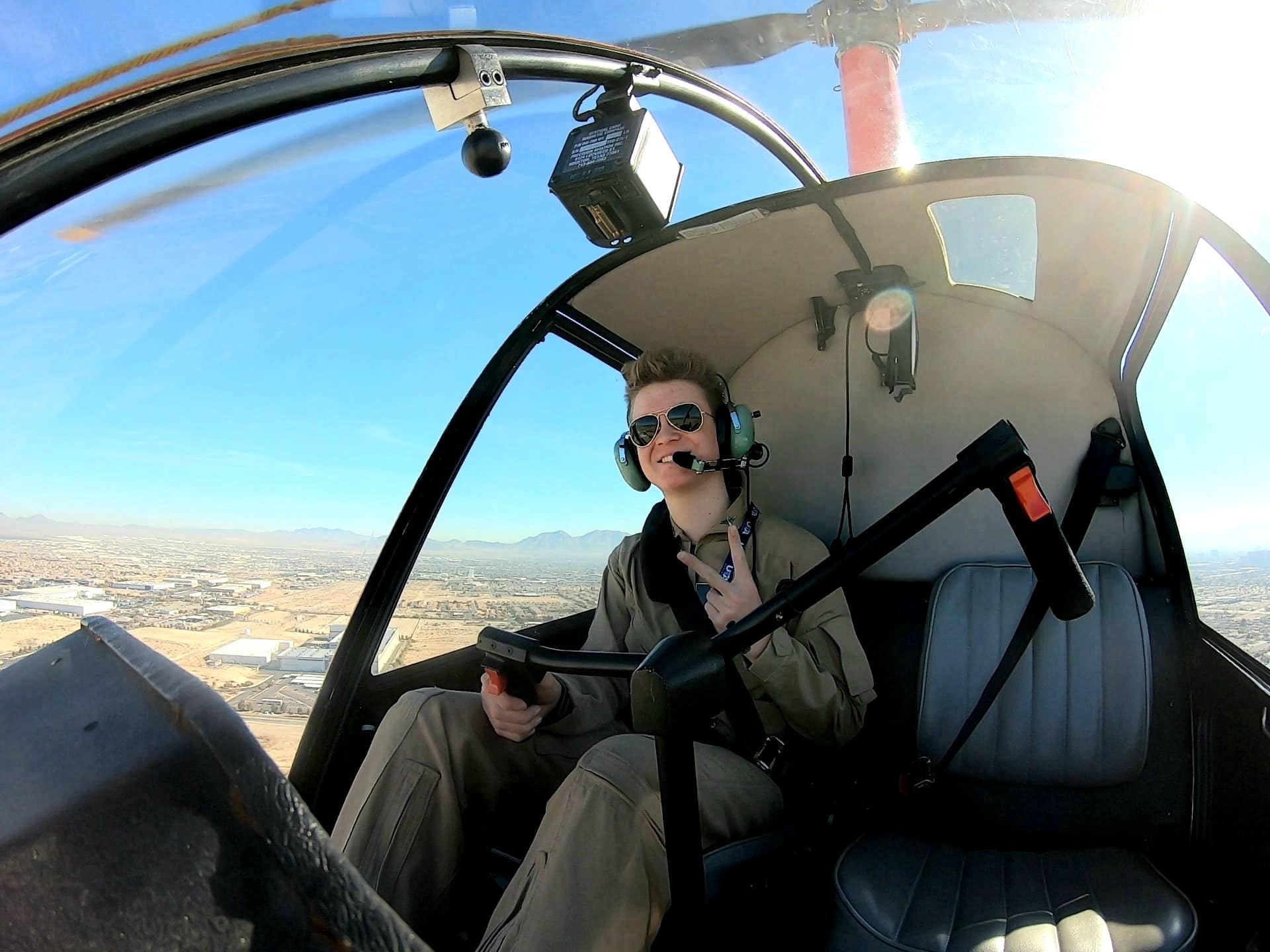 Frankie Fremont conducted his first solo flights in both a helicopter and fixed-wing aircraft within 24 hours of turning 16 years old. (Photo: James Fremont)

Although he is only 16, Frankie Fremont already has a list of accomplishments that would make someone twice his age proud.

The rising high school junior has finished two classes in Embry-Riddle’s Dual Enrollment program and will start a third soon, on top of his regular classes at Faith Lutheran High School in Las Vegas.

But perhaps his biggest feat so far was celebrating his birthday in January with a unique aviation trifecta: first solos in a helicopter and a fixed-wing aircraft, then passing his glider pilot check ride, all within 24 hours of turning 16.

“It was pretty nerve-wracking,” Frankie said of his birthday achievement, which included a four-hour drive from Las Vegas to California to take the glider test. “But I was able to pull it together because I really wanted to please everyone who helped me.”

That would include his parents, James and Thomasina, who were very pleased, indeed.

“It was complicated, it was sticky, but he found the determination and motivation to move forward,” his mother said. “He found a way to be strong and stay absolutely focused, which still chokes me up.” 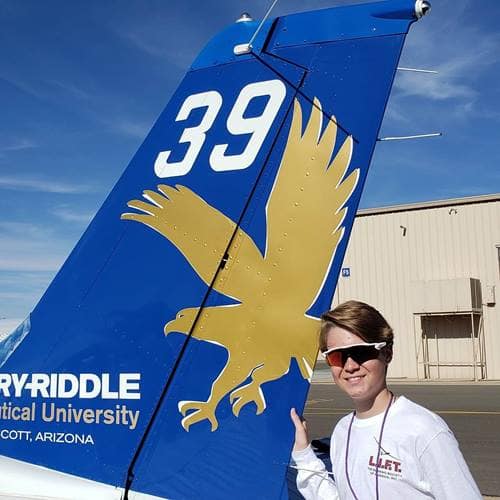 Dad James said he and Thomasina were “kind of stunned when it was over, and he had done it. It showed him it’s not just cliché when people say you can do whatever you set your mind to.”

Although Frankie has always been an aviation fan, his initial passion was baseball. But he broke his throwing elbow when he was 14 – and that opened the door to flying.

“I got into flying at first while I was healing,” said Frankie. “And I just fell in love.”

He started glider training, which involved making an eight-hour round trip drive to and from Southern California, sometimes three weekends a month.

His powered flight training started not long after with a helicopter ride he got as a Christmas present from his parents, and soon expanded to include fixed-wing flying as well.

“We were incredibly impressed” with Embry-Riddle, said Frankie, who has already completed one class in English and one in Aeronautical Science, with a Computer Science course on tap for the summer.

“The instructors are fantastic,” he said. “But my favorite part is that everything, even the writing assignments, can all be tied into aviation.”

His father said the Embry-Riddle experience has fueled Frankie’s academic ambition and ability.

“He’s learned to be a better student,” he said. “He dives into schoolwork with determination now and, without a doubt, it’s increased his confidence.”

In the air, Frankie already has plenty of confidence. He’s been told by his instructors he has natural stick-and-rudder skills, a gift that makes flying easier – and easier to love.

His 16th birthday exploits have boosted that confidence, as well. The idea to do everything in a 24-hour period, which started almost as a joke, required incredible dedication and organization to pull off, with his parents and his instructors playing key roles.

Frankie says he plans to apply that same intense focus to his future. He will continue flight training and his dual enrollment classes, aiming to enter the Aeronautical Science program at Embry-Riddle’s Prescott Campus, a key step toward his goal of becoming an airline pilot.

Once he hits that milestone, he’d also like to give back by working for a group such as Angel Flight or a pet rescue flight team. For now, though, he’s going to savor his accomplishments and enjoy every second of his time in the sky.

“I love flying. It’s just empowering,” Frankie said. “There is nothing like the feeling of being up there.”