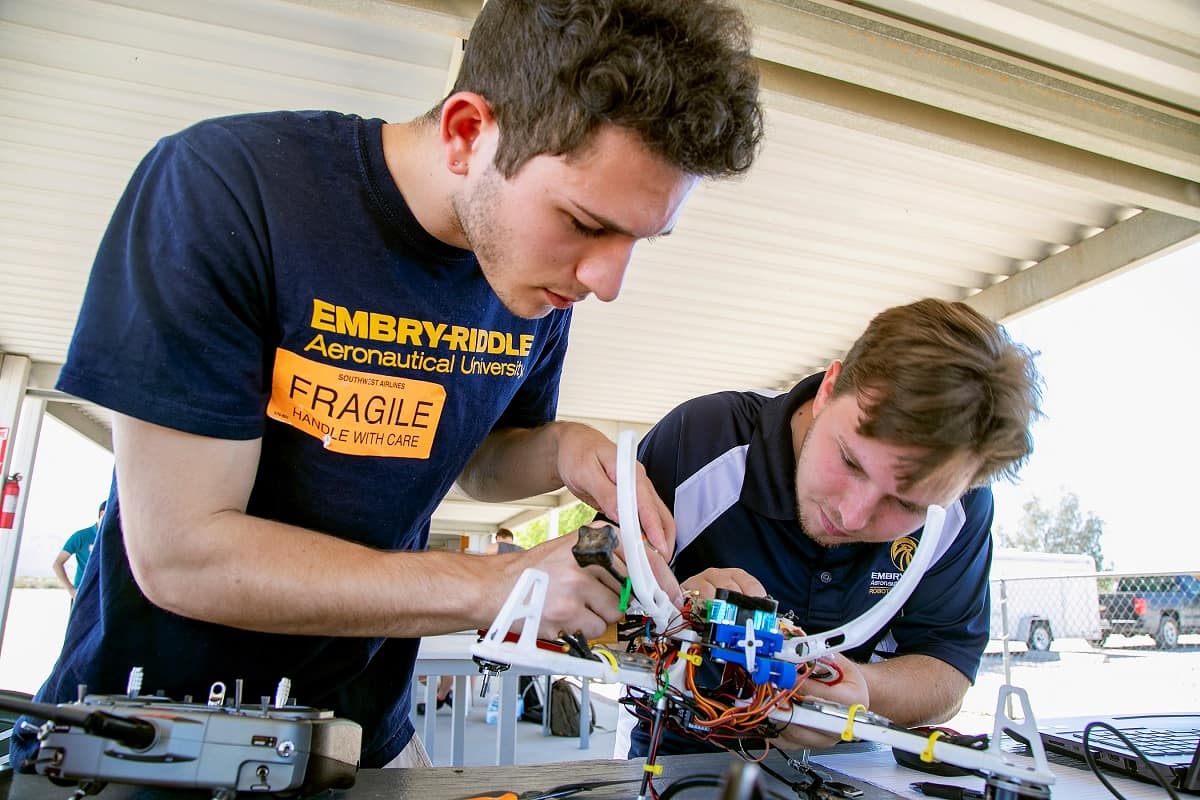 A team of four students from the Colleges of Aviation and Engineering in Daytona Beach returned to campus as the big winners in the National Science Foundation’s  Cyber-Physical Systems–Virtual Organization Challenge, a national collegiate autonomous aerial vehicles competition held in Marana, Ariz. in May.

The challenge for the undergraduate teams was to use an unmanned autonomous quadrotor aircraft with a downward facing camera, and possibly other sensors, to scan an area for a lost aircraft and recover it safely back to base.

“Despite a number of equipment failures during the competition, the team overcame the problems and won the competition in a convincing manner,” said Brian Butka, Ph.D., associate professor of electrical and computer engineering and faculty advisor for the team.

The Daytona Beach Campus team was the first to pass the safety inspection, had the only UAV to fly during the testing day and posted a first place score on day one of competition. On the final day of the challenge, the team had the best run of the competition, even with borrowed motors and, as Butka described it, some very sketchy wiring. They capped off their success with an award for the most innovative vehicle recovery method.

To learn more about the competition, go online to  https://cps-vo.org/group/CPSchallenge.