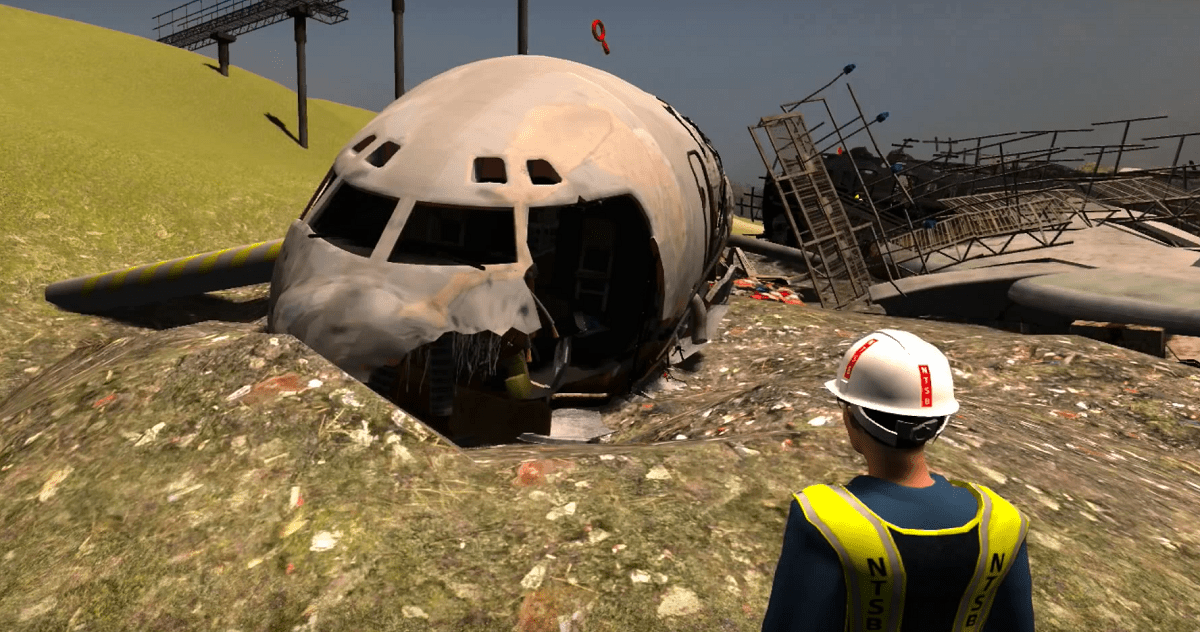 CIO magazine has published an informative article by Thor Olavsrud on how Embry–Riddle’s Vice President and CIO Becky Vasquez and her IT team of digital engineers worked with Worldwide’s College of Aeronautics leadership and faculty to design and build a virtual crash lab and aerial robotics virtual lab. The university group worked closely with business partners Pinnacle Solutions and Unity Technologies to, in effect, integrate the gamification of education into the university’s online curriculum.

These unique, innovative cyber laboratories, which now include a Virtual Hub, allow engineering, aeronautics and unmanned aircraft systems (UAS) students to build their own simulated UAS platforms and inspect plane crashes from a computer or tablet anywhere in the world.

“Given we have over two decades of experience with online learning, a virtual lab environment seemed like a natural evolution towards next-generation learning,” said Vasquez in the CIO interview.

Embry–Riddle Worldwide Campus professor Katherine Moran first suggested the idea of a crash lab about five years ago to complement the Daytona Beach and Prescott campuses that had the real thing — physical wreckage from aircraft accidents that students can physically examine. In 2014 the computer-generated crash lab went online, recreating a real accident with the wreckage of an Boeing 737 airliner that overran a runway while landing in 1999.

This successful collaborative effort led by Vasquez was recently recognized at the CIO 100 awards, which showcased 100 international organizations and their IT teams that are impacting the business and education landscape through innovative and transformative digital technology.

“Our high-level requirements [for the labs] were lofty," Vasquez said. "We wanted an interactive, device- and platform-agnostic lab that was intuitive, could integrate with our learning management system, and was usable online and off,” said Vasquez.

With the addition of the Aerial Robotics Virtual Lab for drones that came online in 2016, the university is now able to offer a brand-new engineering degree program: Master of Science in Unmanned Autonomous Systems Engineering.

The two virtual labs have also been offered as a free massive open online courses (MOOC), giving thousands of people the chance to interact in Worldwide’s immersive online digital environment, which attracts new students to the College of Aeronautics’ degree programs and professional education courses.

In May, Embry–Riddle Worldwide was named as a recipient of the 2018 CIO 100, an annual award program recognizing organizations around the world that exemplify the highest level of operational and strategic excellence in information technology (IT). Worldwide was one of only three academic institutions of higher learning to earn the honor and they joined a diverse list of organizations spanning automotive, technology, business, banking, aviation, insurance and nonprofit services including Adobe, UPS, United Airlines, Sprint, General Motors, IBM, Farmers Insurance and others.

“To receive this recognition is an acknowledgement of our IT, Academic Technology and faculty team’s success and their tireless efforts to continuously be at the forefront of cutting-edge digital technology to best serve our online students around the world,” said Embry-Riddle Worldwide Chancellor Dr. John R. Watret.

CIO magazine, also known as CIO.com, serves executives and technology decision makers in the information technology field and the expanding role of Chief Information Officer. The publication delivers CIO-focused news, features and commentary on emerging technologies and products, industry trends and research, innovation in the tech industry and legal and regulatory implications of technology.