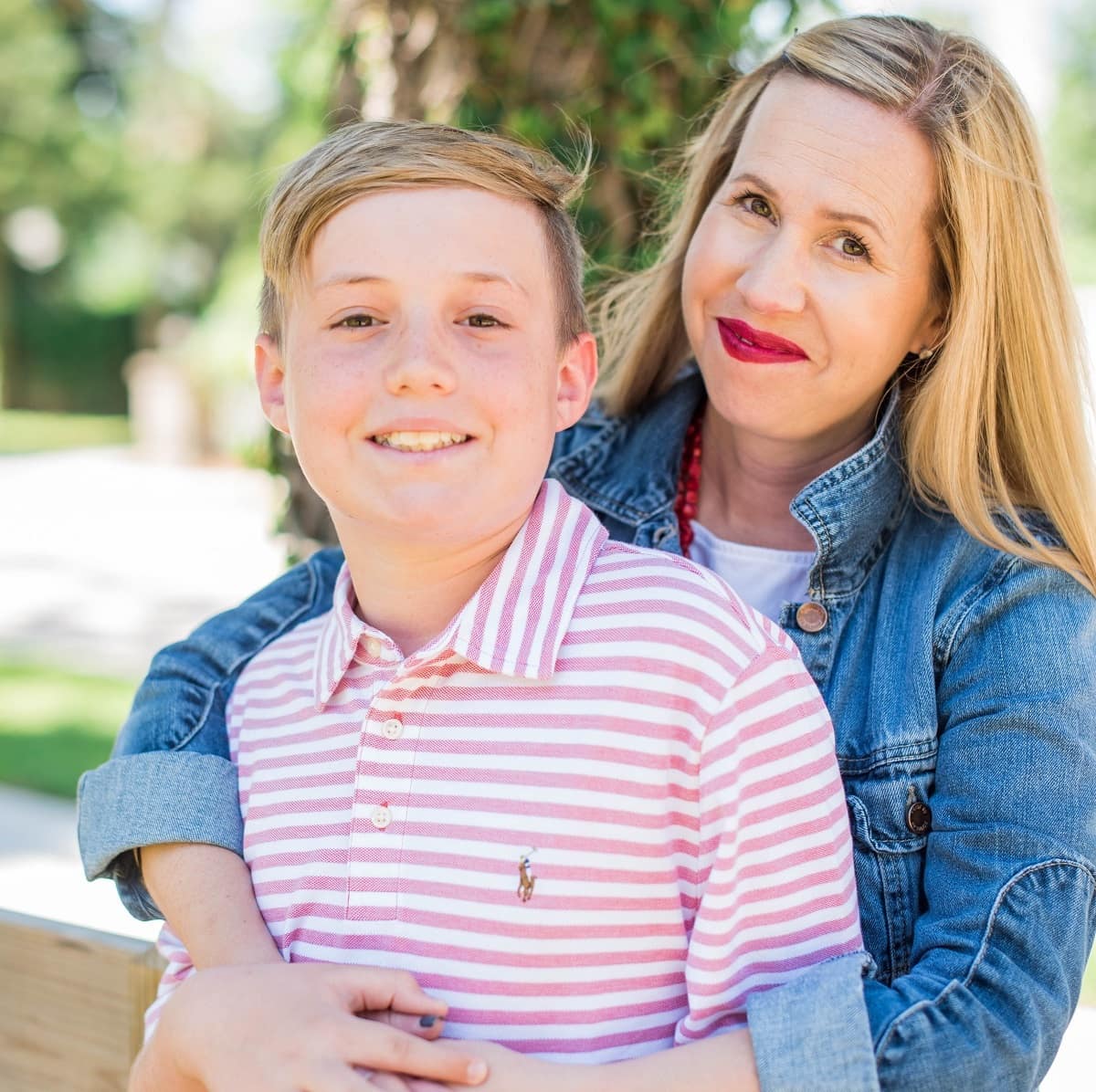 For Assistant Professor Jennifer Hinebaugh, fighting human trafficking, helping a struggling student and easing millennials’ transitions into the workforce are all the same mission. They’re about making people feel safe.

To close out the spring term, Assistant Professor of Management Jennifer Hinebaugh did what she does at the end of every term: She made her students write letters that they’d never send. The letters were addressed to their future bosses but, describing the students’ innermost anxieties and hopes about entering the workforce, they were meant more, in a way, for their future selves. They served as statements of intention, meant for the students’ eyes only — and for Hinebaugh, who has read about 700 of these letters the past three years.

“If you can get your thoughts on paper, you’re more inclined to embrace what you’re feeling,” she said. “Or get rid of it. Or let yourself feel sad about graduating, or anxious about entering the ‘real world.’”

Hinebaugh, an expert in organizational behavior who also serves as the undergraduate program coordinator for the David B. O’Maley College of Business, has processed every one of these letters in a qualitative software that identifies common words and patterns. With that data, she believes she can glean insight into what makes the millennial generation “tick.” Understanding that will make it easier to teach them, she thinks, as well as help smooth out generational gaps in the workplace.

“We spend more time with our coworkers than we do our family, so you have to respect them,” she said. “But it’s hard to respect someone you don’t understand.”

Hinebaugh’s letter-writing tradition started after she published her doctoral dissertation, titled “An Exploratory Study of the Perceptions of Conflict Resolution by Millennials in the Workplace,” and she saw an opportunity to expand her research.

“Communication, respect, feeling valued,” Hinebaugh said, listing some of the most common themes she’s noted in the letters. “Millennials, like all of us, just want to have a voice.”

Now Watch Me Prove You Wrong

Giving a voice to the underserved is a common theme in Hinebaugh’s life. It started back in second grade when, because of her dyslexia, she was struggling in school and her teacher told her she’d be better off getting by on her looks. She almost wanted to believe her, but her parents pushed: tutoring, work ethic, “training my brain differently.” And when she got older and they let up, she pushed herself even harder.

“I was a full-time faculty — I didn’t need to go back to school,” Hinebaugh said of her pursuit of a doctoral degree. “I was doing it for my own selfishness, even though I was unraveling a bit.”

She had already earned a Master of Business Administration in Aviation degree through the Worldwide Campus, completing the entire program in just one year. Yet, here she (’02) was again, missing her son’s school plays, field trips and graduations, to go to class, instead. She missed her high school reunion — even though she helped plan it. She Skyped in to her 36th birthday party.

This is what proving her second-grade teacher wrong looked like.

“I love students who are struggling in my own classes, and I always want to find out why,” Hinebaugh said. “Sometimes it’s just a matter of changing their circumstances, or listening to them.”

But breakthroughs are impossible without sacrifice.

Millennials are often dismissed, and that makes Hinebaugh angry — but she doesn’t show it. Instead, her demeanor stays upbeat. She has Mickey Mouse memorabilia in her office and is the type of person to let joke-y messaging on her coffee cups make political statements for her. But her mission — from making millennials feel heard to her extracurricular work — is serious.

“Florida is the second state in the union with the highest rate of human trafficking,” she said. “And we don’t know it’s in our backyard.”

As the incoming president of the Junior League of Daytona Beach, Hinebaugh works to raise awareness of human trafficking, which has been the organization’s focus the past six years. The first step toward progress, she believes, is expanding public perception of what human trafficking is — especially as it pertains to migrants being used as low- to no-wage workers.

“They’re basically treated like indentured servants,” she said. “And when you’re a human trafficking victim, you only wear the clothes on your back.”

To that end, Hinebaugh and other members of Junior League wear the same black dress every day for a month each January. This not only works as a conversation-starter, she said, but it also can shift one’s perspective. On day one, the black dress feels normal, maybe even fun. But by just the fifth day, “you want to burn it.”

Hinebaugh, along with Junior League volunteers, also helped raise $40,000 last year. The organization erected a human-trafficking-awareness billboard on Nova Road, in Ormond Beach, and work closely with the Daytona Beach Police Department’s new human trafficking division. They donated 80,000 diapers to women in need last year and run a thrift store. And, they partner with groups like Habitat for Humanity, the Boys and Girls Club and Halifax Urban Ministries to contribute to local service projects.

“We want women to feel confident and safe,” she said. “Most of us are really blessed, and I don’t think we feel like that sometimes in our society.”

Not feeling safe, Hinebaugh added, leads to insecurity, which is what human traffickers prey on. It’s also what keeps struggling students silent and millennials from finding their voice. It can be overcome, however, through education.

“We think of business degree programs in a certain way that can be off-putting to some students, but women, first-generation college students and those in underrepresented groups can absolutely achieve academic success,” she said.

That’s why Hinebaugh’s students routinely work off campus. Last term, they taught ethics to fourth-graders and business concepts to K-12 students in the Junior Achievement program. Through projects like these, Hinebaugh strives to give groups a voice, as well as an opportunity to rise above their circumstances.

“Now that I’m in my 40s, I feel like I have a responsibility to help those younger than me, especially women,” she said. “If you can help someone else, you’re doing what you’re supposed to be doing.”