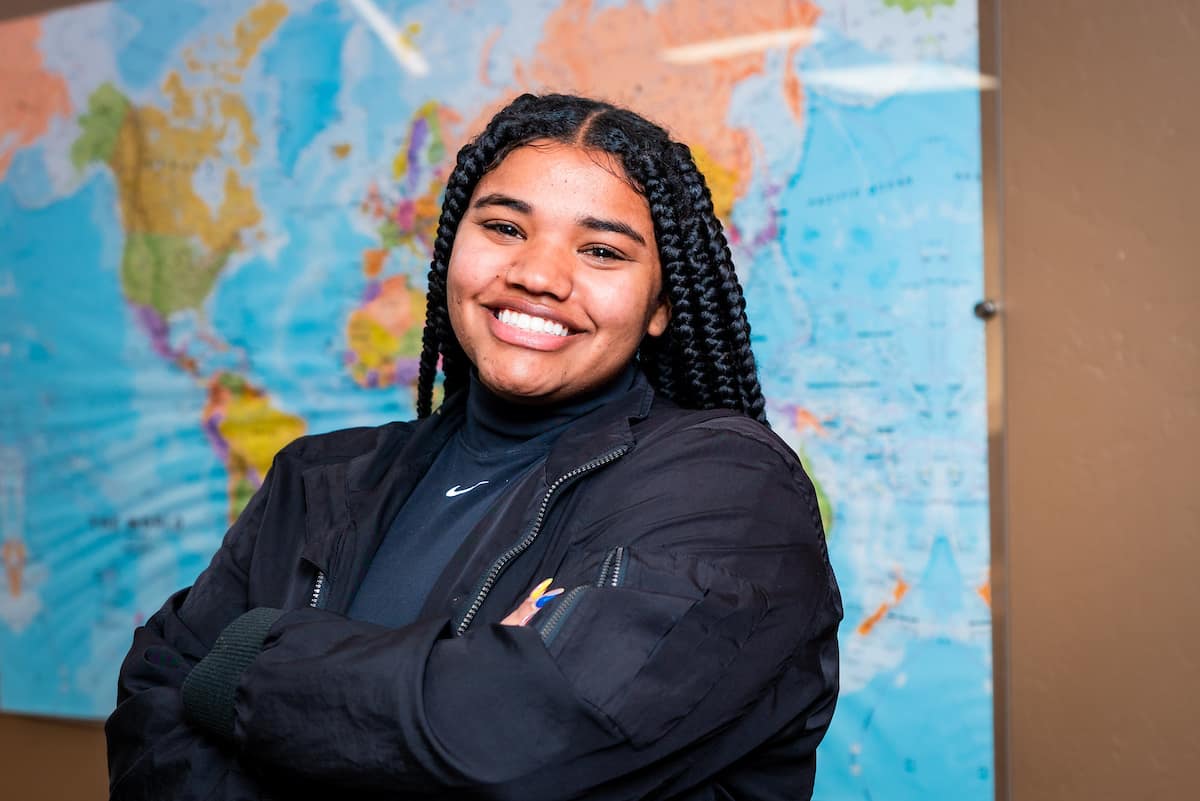 Senior Sophia Williams studies in the College of Business, Security and Intelligence, serves in the Student Government Association and chairs the Compassion Initiative at Embry-Riddle’s Prescott Campus. (Photo: Embry-Riddle/Connor McShane)

Growing up in New Orleans, Williams said she was aware of a fair amount of crime occurring in her surroundings.

“That helped me become more aware of red flags that many people don’t notice,” she said, adding that at early an age, she became interested in security and intelligence and “the benefits it gave individuals to know more about safety and analyzing situations.”

Today she is studying Global Security and Intelligence Studies at Embry-Riddle’s Prescott Campus. After graduation this May, she will work in global security for the private sector. Her ultimate dream is to be an FBI agent.

“The cases and difficulties the FBI faces to better our country truly inspire me,” Williams said.

Part of her preparation toward her goal is involving herself in leadership positions in the Black Student Union, of which she is the vice president, and the Student Government Association, where she represents the College of Business, Security and Intelligence and is chair of the Compassion Initiative.

Williams said her leadership in student organizations has helped her be “more comfortable with taking on more advanced tasks and scenarios, which can prepare you for jobs with the FBI.”

The Compassion Initiative, which launched in 2020 to encourage inclusiveness and social justice on campus, organizes events designed with those goals in mind. On Valentine’s Day, for instance, Compassion Initiative organizers handed out cookies “with helpful cards that make it easier to recognize healthy and unhealthy relationship signs,” Williams said. On Feb. 17, the initiative, in collaboration with the Black Student Union, will hold a Black Trivia Night on African American history and will offer free prizes.

“The most important accomplishment with the Compassion Initiative is throwing events to spread positivity around campus and see excitement from our students,” Williams said.

Williams said she owes her success as a student leader to her grandfather, who raised her.

“He showed me the ropes on how to be successful and hard-working. Without his mentorship, I don’t think I would be where I am today,” Williams said. “He has always supported me and pushed me to be a leader and a better person each day.”