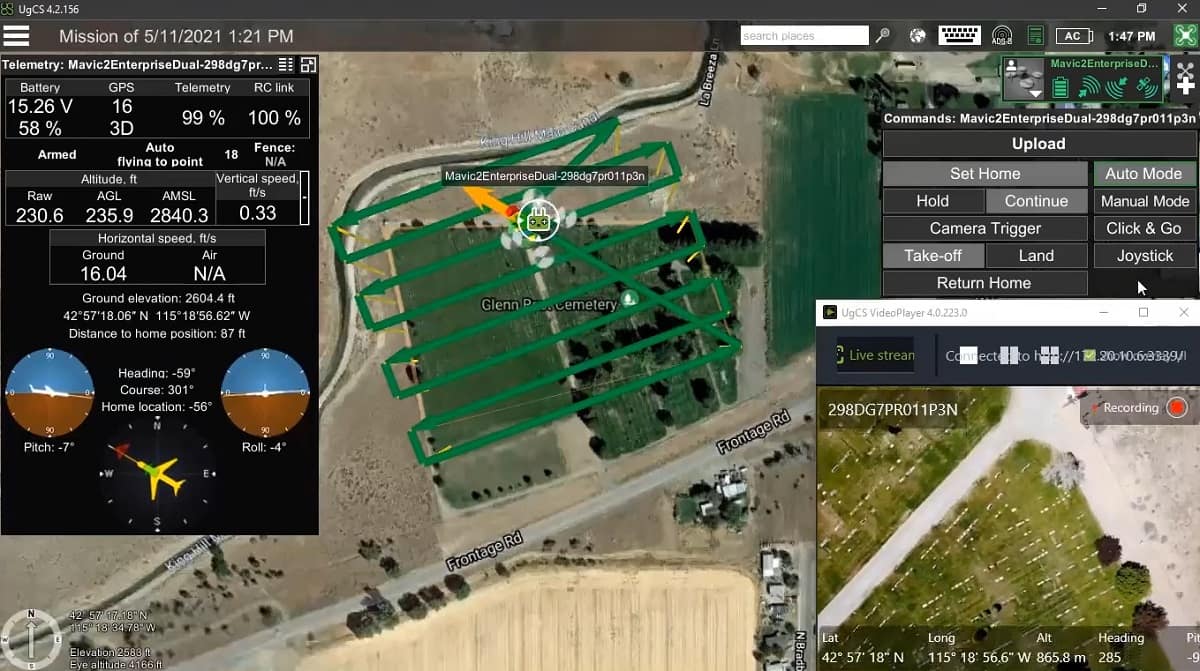 Students learning how to fly unmanned aerial systems remotely at Embry-Riddle do so through a visual interface that includes location displays, flight controls, GPS and more. (Photo: Embry-Riddle)

“This is a big deal,” said Dr. David Thirtyacre, College of Aeronautics assistant professor and Department of Flight chair. “We've worked closely with the FAA on this project for two years and now have the ability to let students fly complex drones, that are not at their location, from anywhere in the United States. This opens up all sorts of training and opportunities for our students.”

Allowing what is known as remote-split operations (RSO), the waiver gives Embry-Riddle students a jump on a valuable technology and is the first of its type to be granted to a civilian organization, Thirtyacre said.

Dr. Joseph Cerreta, associate professor of Aeronautical Science who submitted the waiver request to the FAA, said RSO is especially important for Worldwide Campus students who may not be able fly drones where they live. It also allows students to fly sophisticated aircraft with complex equipment, such as multispectral sensors and thermal cameras, to which they might not otherwise have access. Currently, the Worldwide Campus is the only of Embry-Riddle’s three campuses that has been granted this permission. 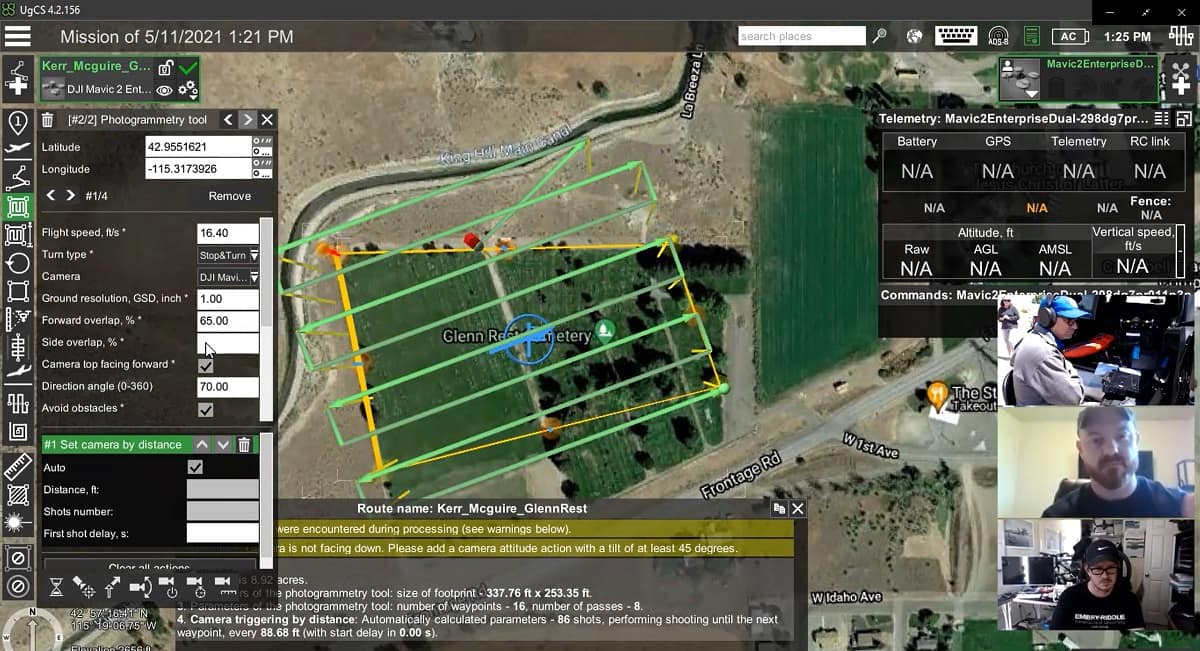 “RSO introduces complex operational environments for our students to experience the importance of crew resource management, effective communication, aeronautical decision-making and airmanship principles,” said Cerreta. “These are all fundamental components of knowledge, skills and abilities for an unmanned systems operator, which sets Embry-Riddle students apart.”

Ian Kerr, who is in Worldwide’s master’s program in Aeronautics, recently flew a $5,000 Embry-Riddle drone located in Idaho to perform an aerial survey of a cemetery — using artificial intelligence — from his home in Seattle. Another crew member participating in the flight, Casey McGuire, was located at his home in Las Vegas.

“Being able to conduct these missions with experienced pilots such as Dr. Cerreta will allow student pilots like me to become industry leaders,” said Kerr. “Embry-Riddle is paving the way.”

“I think the opportunity to perform RSO is invaluable for me moving forward,” McGuire said. “The mission involves all of the objectives that many leading industry players are trying to achieve. This was incredible exposure to beyond visual line of sight operations that someday will be more widely accepted and utilized.”