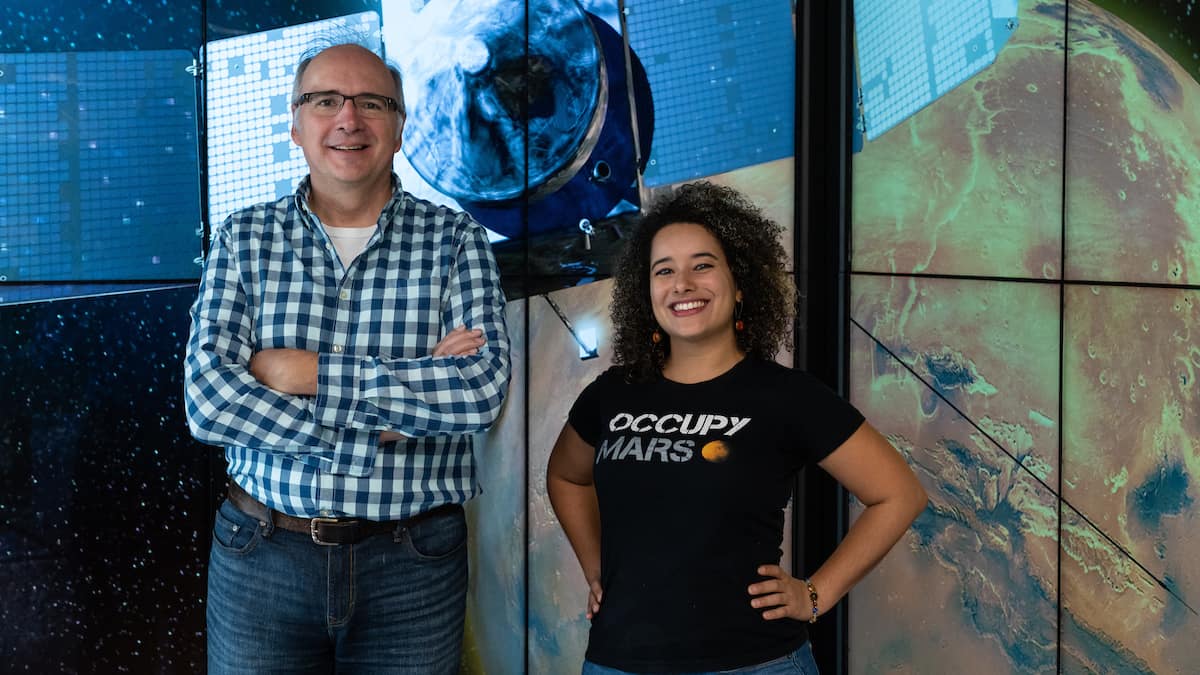 A newly published study, to be presented Dec. 12 at the American Geophysical Union (AGU) meeting, reveals that a type of Martian aurora originally detected by NASA’s MAVEN spacecraft is in fact the most common aurora on the Red Planet, Embry-Riddle Aeronautical University researchers said.

The study, co-authored by scientists at the University of Colorado Boulder’s Laboratory for Atmospheric and Space Physics (LASP) and funded by the MAVEN (Mars Atmosphere and Volatile EvolutioN) mission, also suggests a way to track water loss and better understand how the Martian climate has changed over time, the team reported.

Unlike the brilliantly colored auroras that dance across the night sky near the Earth’s polar regions, the most common aurora on Mars is a dayside phenomenon called a proton aurora, explained Embry-Riddle Ph.D. candidate Andréa Hughes, lead author of a paper scheduled to be published Dec. 12 in the Journal of Geophysical Research, Space Physics.

Proton auroras on Mars form when the solar wind streams toward the massive hydrogen cloud that encases Mars, and positively charged protons get neutralized by grabbing electrons from hydrogen atoms. When those energetic, fast-moving atoms interact with molecules in the lower atmosphere, they emit ultraviolet light, creating a proton aurora, said Hughes.

“Observations of proton auroras at Mars provide a unique perspective of hydrogen and, therefore, water loss from the planet,” co-author Dr. Edwin Mierkiewicz of Embry-Riddle said. “Through this research, we can gain a deeper understanding of the sun’s interactions with the upper atmosphere of Mars and with similar bodies in our (solar system), or in another solar system, that lack a global magnetic field.”

The researchers found that proton auroras on Mars were more frequent and intense when levels of hydrogen escaping into the atmosphere were highest. In addition, co-author Mike Chaffin of the University of Colorado Boulder said, “the team spotted many more proton auroras on the dayside of Mars during the hot, dusty southern summer season, when the planet is closer to the sun.” Proton auroras were spotted in 14 percent of all dayside observations in the dataset, and in more than 80 percent of dayside southern summer observations.

Swirling dust and higher temperatures during the Martian southern summer cause water vapor to be lofted to high altitudes, where the sun’s extreme ultraviolet light can split the water into hydrogen and oxygen. Because hydrogen is lightweight, it filters to the top of the Martian atmosphere and enriches the planet’s surrounding hydrogen cloud, or corona. This “puffed up” hydrogen corona can more easily escape the planet and interact with incoming solar wind protons, producing more proton auroras during this season. 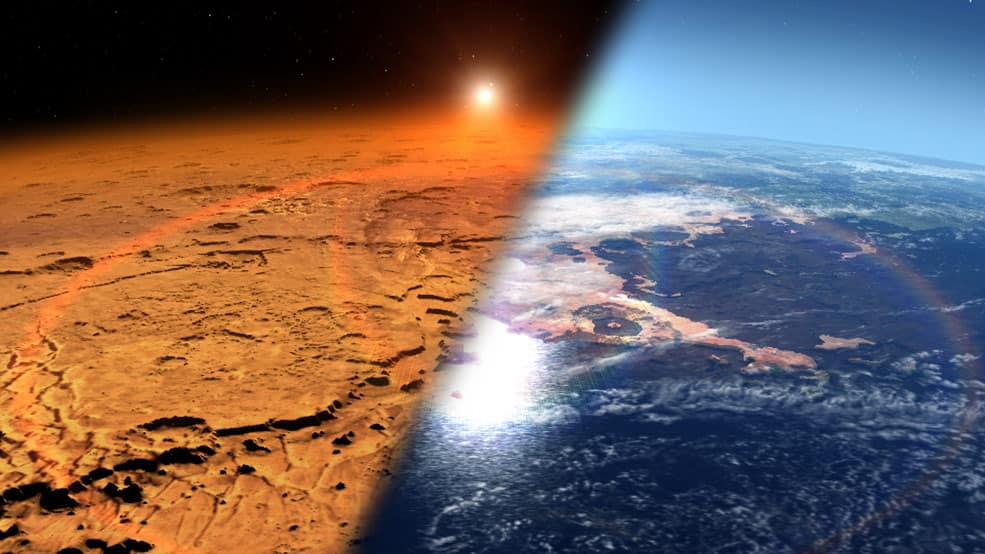 Thus, proton auroras “can actually be used as a proxy for what’s happening in the hydrogen corona surrounding Mars, and therefore, a proxy for times of increased atmospheric escape and water loss,” said Hughes.

When MAVEN first detected proton auroras in 2016, researchers thought that such events were “rather rare because we weren’t looking at the right times and places,” Chaffin said. In subsequent investigations, however, the scientists confirmed that proton auroras are highly common on Mars. “By comparison,” said Dr. Nick Schneider, study coauthor and lead of the IUVS team at LASP, “the two other types of Martian auroras that are more similar to the nighttime events on Earth – discrete and diffuse auroras – are rarely observed on Mars.”

The goal of NASA’s MAVEN mission, launched in November 2013, is to learn how Mars lost most of its atmosphere and water and turned into a cold, dry, inhospitable planet. MAVEN's principal investigator is based at the University of Colorado / LASP and the MAVEN project is managed by NASA’s Goddard Space Flight Center.

Hughes is a Ph.D. candidate who is pursuing a doctorate degree in Engineering Physics from Embry-Riddle. She hopes to one day work for NASA as part of the team that sends the first humans to Mars.

“Perhaps one day, when interplanetary travel becomes commonplace, travelers arriving at Mars during southern summer will have front-row seats to observe Martian proton auroras majestically dancing across the dayside of the planet (while wearing ultraviolet-sensitive goggles, of course),” she said. “These travelers will witness firsthand the final stages of Mars losing the remainder of its water to space.”