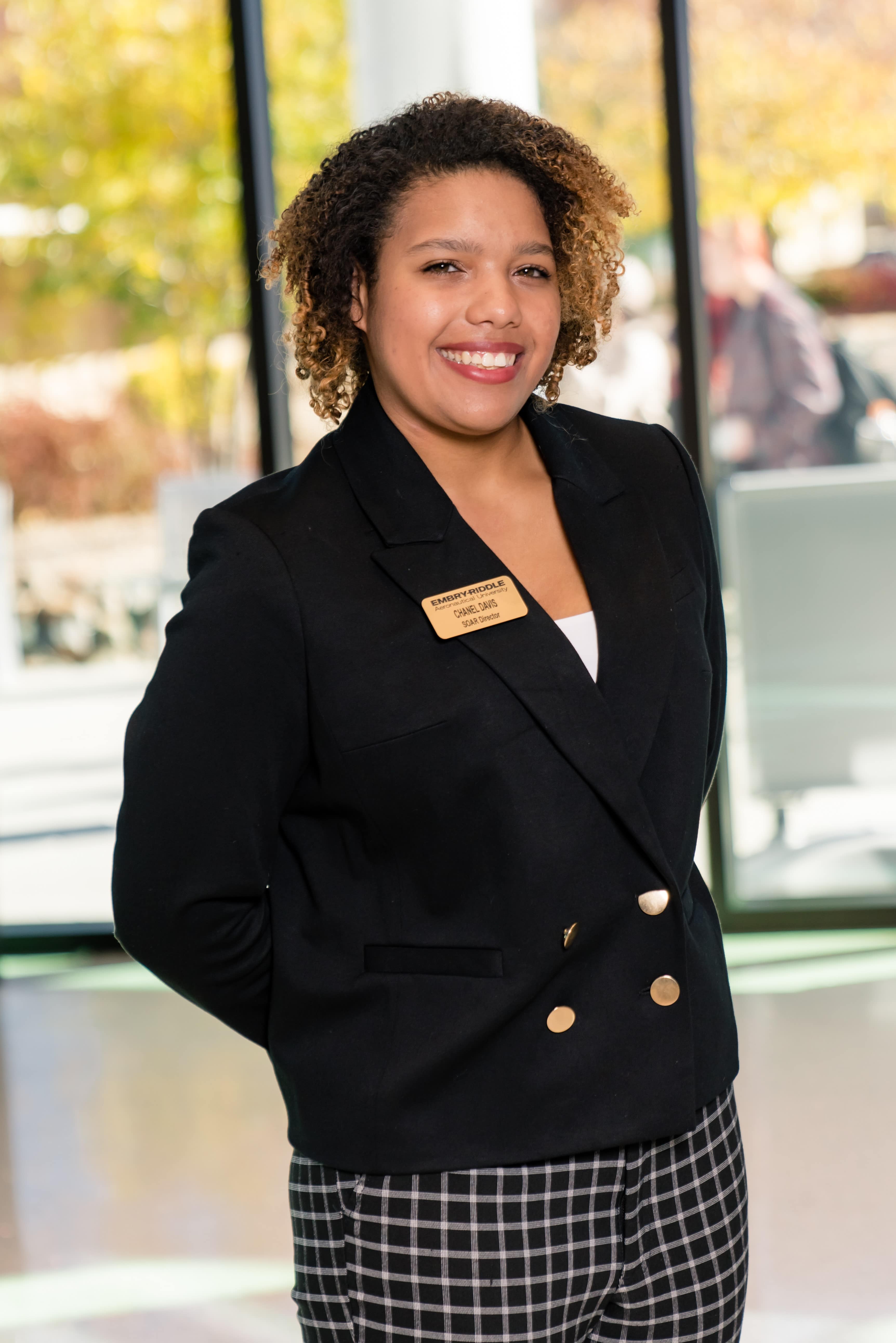 Chanel Davis was chosen as one of 27 recipients nationally for the American Institute of Aeronautics and Astronautics (AIAA) ASCEND Event Diversity Scholarship. (Photo: Connor McShane)

Growing up, Chanel Davis remembers being inspired by the movie “Hidden Figures,” which highlights a team of Black female mathematicians at NASA whose work was critical to the U.S. space program.

“I was always good at math and would do it for fun,” said Davis, a first-year Aerospace Engineering major at Embry-Riddle Aeronautical University.

She was thrilled, then, when she was chosen as one of 27 recipients of the American Institute of Aeronautics and Astronautics (AIAA) ASCEND Event Diversity Scholarship. As an ASCEND 2022 Diversity Scholar, she received a paid trip to attend the Accelerating Space Commerce, Exploration, and New Discovery (ASCEND) event, held recently in Las Vegas.

“It means a lot to me to be chosen,” said Davis.

“It is a broad industry and there are a lot of career options,” Davis said. “The best thing was the networking and meeting other scholars and people who work in the aerospace industry doing amazing things.”

A native of Oceanside, California, Davis excelled at math, physics and chemistry in high school.

“My family drove to Embry-Riddle’s Prescott Campus to visit, and I felt like it was the right fit for me,” she said. “I chose to major in Aerospace Engineering because I thought it has a bit of everything I am interested in.”

Davis said she was impressed by the university’s facilities and the opportunity to participate in research as an undergraduate. She joined the campus’ Society of Women Engineers chapter, and got involved with other campus groups.

“I am also part of the AIAA Design, Build, Fly’s propulsion team,” she said. “I like the hands-on experience.”

“The goal is to connect different students on campus,” she said.

Davis said she is still figuring out what her ideal job would be, although she is possibly interested in working at NASA or as a civilian with the U.S. Space Force.

“So much is unexplored and I want to be part of that,” she said.